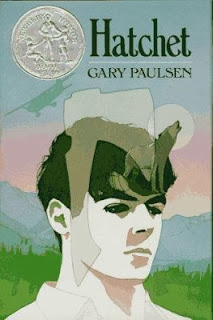 The book Hatchet, by Gary Paulsen, is about a 13-year old boy named Brian who was on a plane to visit his mother, but during the ride the pilot of the plane had a heart attack, and crashed in the Canadian wilderness.
Hatchet is one of my favorite books. The plot is very good and captures the reader's attention immediately. I would recommend this book to everyone. Hatchet made me think of what would happen if I was in Brian's shoes and was trapped in the wilderness with no help.
Reviewed by Harry H., grade 9
Montrose Library
Posted by Teen Speak at 3:46 PM 1 comment:

The Mark of Athena, by Rick Riordan 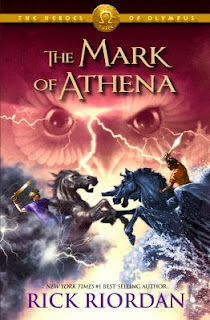 The Mark of Athena, by Rick Riordan, was a book about 7 demigods that were trying to save the world. Annabeth, the daughter of Athena, tries to find the statue of her mother.
I enjoyed this book because it was centered around Greek and Roman gods, goddesses, and demigods. The ending was a great cliff that left the reader looking forward to the next book.
Reviewed by Jason, grade 9
Montrose Library
Posted by Teen Speak at 3:43 PM 6 comments: 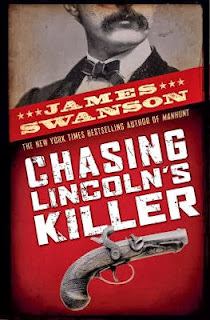 Chasing Lincoln's Killer, by James L. Swanson, was a true story about how John Wilkes Booth assassinated Lincoln. It showed how Booth planned all the assassinations  and carried them out.
This was a great book because it was educational, but also fun to read. After i read this book, it helped me to understand the reason Booth assassinated Lincoln.
Reviewed by Jason, grade 9
Montrose Library
Posted by Teen Speak at 3:40 PM 1 comment: