The Arctic Incident, by Eoin Colfer 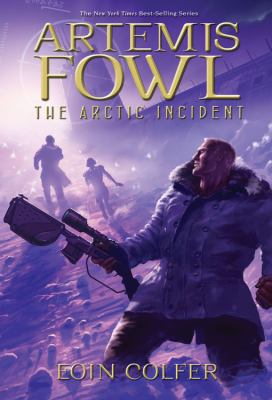 Artemis Fowl is back and he has finally found a lead to his missing father. Meanwhile Captain Holly Short is dealing with the goblins somehow the dumb goblins got softnose laser guns(a weapon that actually kills and since fairies don't kill they were banned) and started a smuggling buisness.The LEP thinks that it is artemis fowl but is surprised that it isn't him. Then they make a deal help find out who supplied the goblins with the weapons and pod then they'll help him find his father. While searching the Arctic they get contact from Foaly( the LEP's technician) that the goblins that they have started a rebellion and that the LEP weapons that have been upgraded by Kobi(Foaly's archrival) are all down. So they must go down and stop it and search for Artemis's father later. While the enemy ahs managed to blame the cause for the weapon malfunction and supply of soft noses to the goblin the real enemy is someone else entirely. Someone who hates Holly Short and Julius Root(Holly's commander)

This book by Eoin Colfer brought back the team of Captain Short and Artemis Fowl in the best situation possible. The People and the Mud people( the term the fairies call the human) actually helping each other with their problems. With a huge plot twist in the middle this will keep their eyes glued on the pages. It seems that being a smart aleck is a sure way to make enemies especially with a certain pixie and revenge is best when everything goes according to plan if not then you're screwed.

Posted by Teen Speak at 7:33 PM No comments: 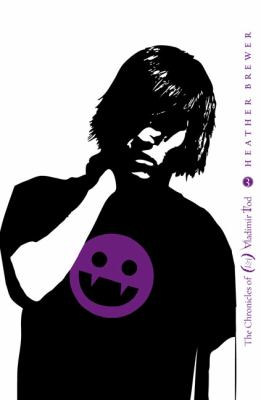 Vladimir Tod is now entering the tenth grade. On the first day, Vlad saves a little Goth boy, Sprat, from two bullies. Vlad is thanked by the Goth kids for his courageous act. Vlad later has dreams in which he is stabbed in the stomach by a huge blade, in the shadows of the dream, he recognizes Otis, who has been captured by the Vampire hunter, D'Ablo. Vlad knows this because of vampire abilities to communicate through thoughts and dreams. Also, Vlad is now in a relationship with Meredith, the girl he always liked. Vlad's friendship with Henry gets weaker. And he starts to face a serious problem, he has a craving for human blood, he saves a girl named Snow from her abusive father only to later bite her neck and drink her blood. As Henry and Vlad reunite, they go after D'Ablo, together, but out of nowhere Vlad hears a scream, to see Henry being held with a sword at his throat by Ignatius, a dangerous Vampire slayer. Vlad finds out Ignatius is Vlad's grandfather, and is attempting to kill him in order to bring peace back to the family and its name...

I like this book a lot. It is filled with a lot of suspense and action. I enjoy all the fighting and the kidnapping. It's very sad as well to see what Vlad starts to go through with all the cravings for blood and his relationship with his best friend Henry. This book is definitely the darkest of the series. It is also very tragic. You must read this!
Reviewed by Haik N., Grade 10.
Montrose Library
Posted by Teen Speak at 7:31 PM No comments: 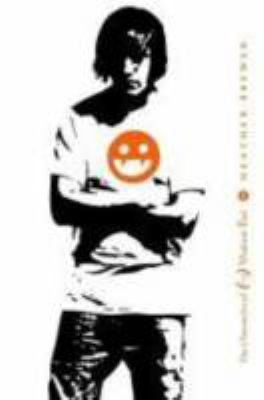 In Eleventh Grade Burns by Heather Brewer, Vlad is now entering the eleventh grade. An old friend, or shall I say enemy, is returning to Bathory. That friend being Joss, Henry's "cousin," who is a vampire slayer and tried killing Vlad in ninth grade. Vlad talks to Otis and they decide not to kill Joss. On the last day of that summer many vampires come to Vlad's house to celebrate the life of Otis, it's a weird celebration Vampires have. Vlad meets many new vampires and makes new friends. The school journalist, Eddie Poe, pays the bullies to bring Vlad to him and tie him up to tree, he tries to check if he is really a vampire, but Joss saves Vlad and Vlad almost kills Eddie. Vlad than attends multiple parties with his new friend snow, who he fed off of a long time ago. He than goes to the dance with her. Vlad and Otis are in trouble for removing D'Ablo's hand. While this is happening, Eddie has posted a article about Vlad being a vampire for the whole school to see. Vlad stops going to school for a while because of that. Vlad gets in a fight with D'Ablo with an extreme ending, I will definitely not tell you it though.

This book was crazy! I loved it! From start to finish it kept me inside the city of Bathory. The ending of the book was absolutely crazy! I had no idea that what happened was going to happen. This may have been one of the best books I had ever read. Everyone should read this book if they get the opportunity to. What happened in the end was just crazy, I'm still in shock even though I read it so long ago.

The Golem's Eye, by Jonathan Stroud 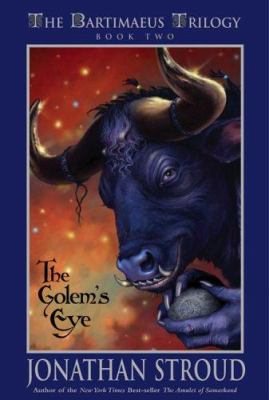 Abandoned by his parents as a young boy, the young magician Nathaniel has risen in the ranks of London's magicians. At age 17, Nathaniel has progressed beyond the nervous, inexperienced magician he once was - and his ego has expanded with him. When he is assigned to stop the Resistance movement, a group of young commoners with natural defenses against magic, Nathaniel once again calls on the djinni Bartimaeus to help him. It's not only the Resistance threatening London, however: a gigantic mysterious creature cloaked in darkness and impervious to magic that has been destroying everything in its path. Meanwhile, Kitty, the leader of the Resistance, is planning a theft that, if successful, will finally transform her and her friends from a group of petty arsonists to a force to be reckoned with by the magician upper class.

Although this isn't my favorite book in the trilogy, it's still a worthwhile read. Bartimaeus' sections are even better than before, and I think it's in this book that Stroud was starting to get into his stride with the books. The central relationship between Nathaniel and Bartimaeus seems much more defined, and the world of the other djinni is explored more thoroughly in this book. The state of perpetual servitude of the djinni to their masters is still in effect, but the opulence of the high-class magicians is slowly drawing to a close. The war in America still rages on (this is in 1700s England) and propaganda about the war's cause is still being churned out and fed to an unwilling public. The government spies on people without their consent with vigilance spheres and search orbs, and dissenters are carted off to the Tower of London for indefinite detainment in a way reminiscent of recent times.

Posted by Teen Speak at 4:29 PM No comments: