The Stranger by Albert Camus 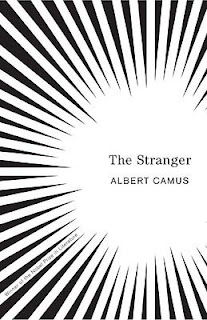 The Stranger, a novel by Albert Camus, is a philosophical take on the key ideas of twentieth century, including absurdism, determinism, nihilism, naturalism, and stoicism. All these -isms may get a little confusing, but you will understand the novel without understanding a word about philosophy. Divided into two parts, the novel explores the before and after parts of the life of the protagonist, Meursault. The reader will immediately see the unconventionality of the novel when he/she sees Meursault's noncommittal reaction to his mother's death. He is aware of the loss of a loved one, but not actually affected by it, almost bored by the proceedings of the funeral just smoking and sitting the entire time. However, everybody around him seems to enjoy his company, especially his girlfriend, Marie, who is set on a marriage few days into their romance. Meursault's life and ultimate downfall can be credited to his friend Raymond Sintes, so intent on taking revenge on his own Moorish girlfriend that he hurts everyone in his life.

There are elements dispersed in the novel for it to be a great movie such as courtroom proceedings, a dismal heated surrounding, subtle violence, and even murder. But there is a small disadvantage to reading this novel: the incredibly slow pace. Because the main character Meursault is so emotionless, it is hard to find anything pleasant while reading. The good elements are spread out far apart, such that the reader is left with a wistful want of an interesting event to occur. Provided enough patience and respect, you can enjoy this novel but the mature context can throw you off.
.
-Reviewed by S.M., grade 12.

The Elegance of the Hedgehog, by Muriel Barbery 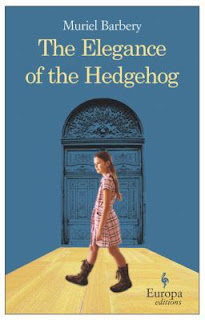 The Elegance of the Hedgehog, by Muriel Barbery, is a book that, although I picked up because it sounded intriguing (a twelve year old genius who is already so disgusted with society that she plans to kill herself on her thirteenth birthday?), I kept reading it because I think it helped enrich my mind. Renee is an old widowed concierge of a high-class apartment building, who adores art, literature, and all cultural things. She feels the need to hide this side of her from the world to fit the stereotypical concierge mold. Meanwhile, Paloma (the suicidal twelve year old) writes philosophical haiku that both ridicule modern life and describe her own spiritual growth as she tries to achieve her greatest heights before the deadline of her birthday. Their lives both change when a Japanese man name Ozu moves into the building. This book was translated from French. I am so overwhelmed by this book that I cannot simply go on and ruin the ending for the readers. I would give this book ten stars!


For someone like me, who is intrigued with philosophy, and loves books that will captivate my mind and give me something to think about, this book was perfect! I recommend this book to intelligent people who are willing to spend a lot of time thinking philosophically. I would also recommend it to those who wish to further their mind and think outside the box.

Posted by Teen Speak at 4:55 PM No comments: