The Second Summer of the Sisterhood, by Ann Brashares 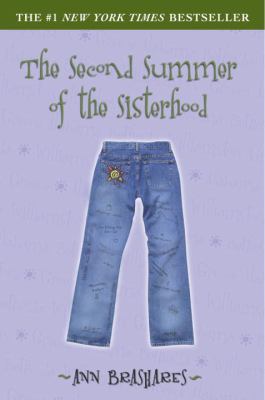 Starring the four girls who were in the Sisterhood of the Traveling Pants; Tibby, Bee, Lena, and Carmen, "The Second Summer of the Sisterhood" begins with the foursome tied up in another summer full of awaiting surprises. Shortly after Bee discovers five years' worth of letters from her grandmother of which have been kept a secret, she flees to Alabama on a quest to piece together her past. On the other hand, Tibby takes up a filmmaking workshop in Virginia, while Carmen is at home making her mom's dating life very difficult. Meanwhile, Lena is busy getting over her ex-boyfriend Kostos, right as he shows up for an unannounced visit. Aside from whatever happens to this group of friends, the pants end up in the hands of each of them just in time.


I have to admit, The Second Summer of the Sisterhood, by Ann Brashares,  wasn't nearly as exciting as the first one, mainly because in the first one the concept of the pants was just being introduced. Its always more exciting the first time you are reading about such a situation.  Despite that, this book has a really good plot and the adventures these girls face are ones we dream on facing. I really felt in tune with this book because I think the stage I am at as far as my mindset and actions go, I was able to really understand what was going on with the characters. Between love, lust, and sisterhood, I love that they share the pants because they get to bring a little bit of each others vacations with them to their own.