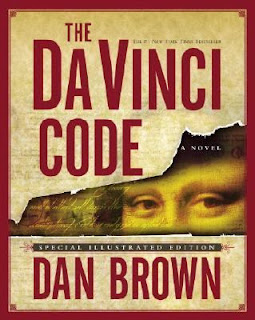 The Da Vinci Code by Dan Brown will be loved as much as it did by fans of Angles and Demons, Deception Point, The Lost Symbol, and countless others written by Dan Brown. Personally, I think Brown's detailed fictional novel is unpredictable in a pleasing way and includes so much history and conspiracies that you'll find yourself getting caught up in the action, mystery, puzzles and codes, and drama involved. I would recommend this book to those who love thrillers and action mixed with plenty of interesting facts and history. The genius of the book is difficult to comprehend in some parts and has challenging vocabulary but that contributes to the overall, fast paced writing style. Through I had no idea what many things the characters talked about, Dan Brown did an amazing job at breaking it down for a wide variety of ages to read. The main character, Professor Robert Langdon, is caught up in another hot spot. Giving a lecture in Paris, he receives a late night phone call informing him of the death of the curator of the Louvre Museum with a cipher found near the body. Proceeding to the crime scene, Langdon is questioned to see if he can decipher the code when he meets Sophie Neveu, the curator's granddaughter and one of team working on the code. Little does Langdon know that he's the major suspect on the case and Sophie helps him escape his name that was written near the body was to help them and not the name of the criminal. The two set off together and try to find the mysteries of Sophie's grandfather and his connection with a secret society who once included Da Vinci, Sir Isaac Newton, Botticelli, and many others. Now only being chased by the police, Langdon and Sophie try to find the curators real killer who seems to be looking for them as well in order to get a key he believes Sophie has. Full of artistic conspiracies and finding out more about the secret society, this book is amazing starting off with a murder and ending with a ending that'll blow your mind. 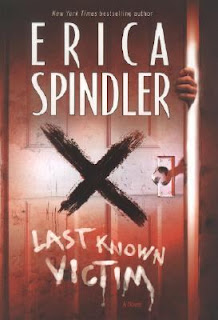 Erica Spindler's "Last Known Victim" is one of my favorites. After hurricane Katrina savaged New Orleans, Captain Patti O'shay, a by the book cop that lost her husband, is assigned the "Handyman" case, a case that had gone newhere and been closed. The "Handyman" was a serial killer that went after females, and always took their right hand. After Katrina, Patti, still grieving for her husband, gets a call from homicide. The unknown victim-a female-is missing her right hand. What shocked Patti even more, was that, found beside the victims bones, was her husbands police badge. Will Patti be strong enough to solve the case? Or will she be the killers last known victim? I loved every moment of this book, and recommend it to everyone that loves suspense and mystery.