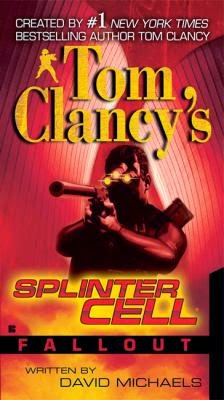 A spy named Sam Fisher finds himself on another mission, but this time it's for revenge. His brother is found dead due to radiation poisoning. As Fisher follows his brothers traces, he finds out that it's not one man that killed his brother, it is an entire organization of terrorists and religious extremist. It's also not about vengeance anymore, it now concerns the whole world. This organization dreams of no future, so they created an irradiated virus that can destroy all of the world's oil supply. It's up to Fisher to save the world and any hopes of a future.
Tom Clancy's Splinter Cell: Fallout, by David Michaels, will keep you on the edge of your seat the entire way, it contains action on almost every page. The action isn't wimpy at all, in fact, I would not recommend this for those who are squeamish. However, I would recommend this book for those who love spies or stealth. I thought that it took too long for the plot to escalate and that it took a while even for the main plot to start. The book also has a bit of mystery which was nice to see. I personally liked the book and will be reading more of the series. 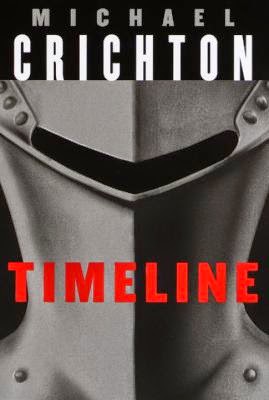 In France, a team of archaeologists are exploring mysterious medieval ruins. One of them, Professor Johnston starts to question why the company that hired them pays so much attention to just that area. So he went to their headquarters and there is no trace of him, except when they find his glasses and a note of help from him that seems as old as the ruins. So three fellow archaeologists, Chris, Kate and Andre go to the company headquarters where Professor Johnston was last seen. The company explains to the three that Professor Johnston in fact did travel back in time with their latest technology. Now it's up to Chris, Kate and Andre to also go back in time and find their missing professor as well as the story to the ruins.
I thought Timeline, by Michael Crichton, was very visual, everything would be described as if you put a magnifying glass up to it. There are great action scenes in the book, as well as intellectual parts. A bit confusing at times, since the book is about time travel, it switches from past to present very much so. It was even a little boring at times, but the suspense does build and it is definitely worth getting through the rough patches. Overall, a great book, however I would recommend this for older teens and up, mainly because you kind of have to know some extent of history.