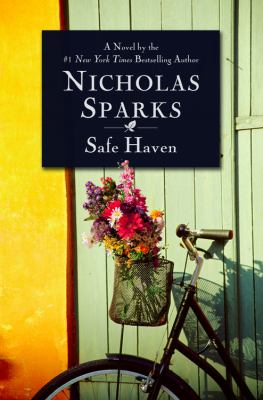 In the book Safe Haven, by Nicholas Sparks, a woman named Katie arrives in a new town and is starting over. She meets and falls in love with Alex, a store owner with children and a wife who passed away. Slowly Katie becomes more and more attached to Alex as well as his family, but she is constantly haunted by her mysterious past. She realizes, with the help of her nosy neighbor and newly found friend named Jo, she has to choose if she will ever go back to her "old" life, or stay here with Alex and his kids.

I thought that this was a really exciting and interesting book. It was suspenseful and full of mystery. It was fun to predict what would happened, or what had happened in the past. I recommend this book to all readers. I think every one would like this extremely unique story. In my opinion, this book was very well written. It allowed readers to be able to make their own inferences and then surprised them with the truth. This book really grabs your attention and keeps your eyes glued to the page. You will not be able to put it down!

Reviewed by Melody, Grade 9.
Central Library
Posted by Teen Speak at 10:40 AM 2 comments: 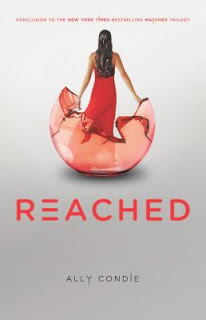 Reached is the final book in the unbelievable Matched trilogy by Ally Condie. Cassia and Ky's search for the Rising resulted in their separation yet again. The Rising sends Cassia back to Central to work undercover as a sorter while Ky is a pilot in the Outer Provinces. Xander works as a medic, but still has a secret. The Society has also been keeping secrets, more than usual. The waters are being poisoned, there are odd, circular white walls around several city buildings, and people are disappearing. Little do the citizens know there is a life threatening plague outbreak, which the Rising has a cure too. Will the plague be the fall of the society?


In my opinion, the first book of the series was the best. The second one was acceptable, and this one was just, meh. It seemed forced, things didn't naturally work. I personally liked this one the least and find it a horrible way to end the series. I was looking forward to a great ending but it didn't feel complete. The one thing I did enjoy is how the story is told in three point of views: Ky, Cassia, and Xander. I liked how we got to know Xander better in this book. Overall, I am disappointed in this book, but would recommend it to anyone who has read and enjoyed the first book in the series. 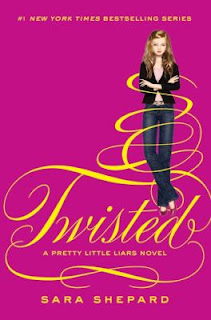 Twisted is the ninth breath taking book in the Pretty Little Liars Series by Sara Shepard. The girls seem to have peace at last, the mystery of Alison Dilaurentis's murder is finally solved and the threatening notes from A stopped. Things aren't always what they seem. Aria's jealous of her boyfriend's new roommate, a foreign exchange student who is the hottest girl any boy in Rosewood has ever seen. Hanna ignores Caleb's warning and attends a photo shoot that nearly ruins her fathers career. Spencer's mother has bounced back from her divorce and Spencer is a bit too fond of her soon to be step brother. And Emily? She's doing everything and anything to get a swim scholarship. But once again, the Liars have a new secret..something that could ruin them forever, or worse.

Each Pretty Little Liar book I read merely increases my love of the series. I adore Sara Shepard's writing and have made her one of my favorite authors. Being able to see into the minds of four different protagonists has many advantages. Not only do we get to know the characters, we get a large supply of details! I think the Pretty Little Liar's series is one of the best young adult series out there. The length of the series is something else I love since the awesomeness continues! I recommend this book to anyone who has read any other Pretty Little Liar book or who enjoys reading. 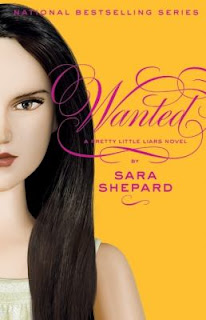 In Sara Shepard's Wanted, right when you think you have it all figured out, you don't. The Liars are really in for a shock this time. Alison's family holds a press conference and drops the biggest bombshell of them all: Ali has a twin sister. Why would they keep it such a secret? How could the girls not know something so big about their former idol and best friend? Every question that is answered leads up to three more questions. Ali's murderer may finally be revealed but what price must they pay for such valuable information?This time, the girls may find themselves in a fire too hot to handle.


You would expect that being the eighth book in the series, I would be bored by now. How wrong you would be! As always, Sara Shepard fails to disappoint! It is amazing how one author can have created such a broad plot filled with the wildest twists you could ever imagine. I love her unique writing style which lets us see into every Liar's point of view. This series seems to get better and better since many questions are answers. The only problem is that I have so many more questions now! I recommend this book to anyone who enjoys the television series or anyone who enjoy twisted plot. 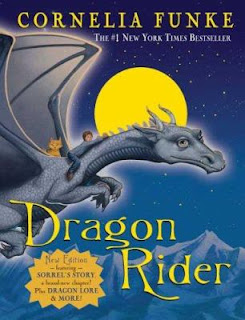 In Dragon Rider by Cornelia Funke, Firedrake, a brave young dragon, a lonely boy named Ben, and their furry brownie friend, Sorrel, are in search of the mythical place where dragons can live in peace forever because the greedy humans are taking over their lands by cutting down trees and building homes. Together they embark on a journey that takes them to magical lands where they meet marvelous creatures - and one ruthless villain named Nettlebrand with a minion named twigleg the size of a twig. Along the way, they will discover allies in odd places, courage they didn't know they had, and a hidden destiny that changes everything.

Although this book is a bit of a children's book, it's one of my favorites and I like it because it is adventurous and about dragons. I think others who like reading about mythical creatures going on adventures would enjoy this book. It made me feel worried for the protagonist at times when they were caught in traps and made me hope they would get out of it alive to achieve their goal and save their city of dragons. I would recommend this book to as I said before anyone who likes reading about mythical creatures and dangerous experiences who doesn't mind reading words in larger fonts than others.

The Lucky One, by Nicholas Sparks 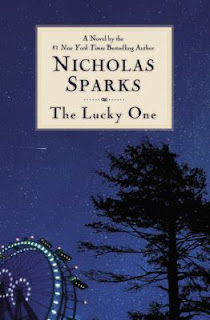 In the book The Lucky One, by Nicholas Sparks, an army guy named Logan finds a photo on the ground. He walks over and picks it up. The second he picks the photo up, the place he was standing at less than a minute ago blows up from a bomb. He realizes that the picture was a good luck so he sets to find the woman in the picture, to thank her. He walks half way across the country in search of the woman. As he goes to a local bar, he asks around if anyone knows that woman in the photo. Not realizing that the person he asked was the best friend of the woman's ex husband. He finds the woman but he can't find the courage to tell her why he found her. The woman mistakenly thinks that he is looking for a job and thinks he has seen the ad in the newspaper. He plays along and ends up working at the woman's dog business. As days go by, the woman, Elizabeth and Logan build a relationship. They fall in love together but the ex-husband does everything in his nature to make Logan's life hell.

I think that this is an adventure type of book, because Logan is on this adventure to find the woman on the picture that he found. He is so determined to find her that he does not even care that she could be anywhere in the whole world. Logan does not give up and luckily he finds her sooner than expected. In my opinion this book teaches you how to be determined and go for your goal no matter what. No matter how hard you think something is or how impossible it is, you should always try if that is what you really want.