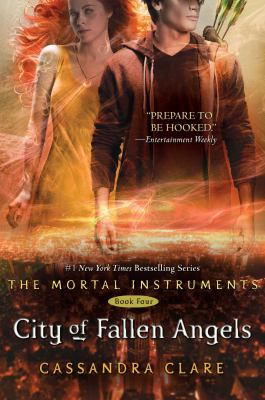 In the book City of Fallen Angels, by Cassandra Clare, Things are going well for Clary Fray, as downworlders and shadowhunters get along, her mother alive and getting married, and her boyfriend Jace with her at last. But nothing comes without a price, as nightmares plague Jace in which he kills Clary, and he desperately tries to distance himself from her to keep her safe. Simon himself is in a precarious situation, struggling between dating two girls, and someone trying to kill him. The Mark of Cain, however, protects him from their efforts, and he tries to lead as much a normal life as he can. But it appears that nothing can go right for him, as even his new room mate Kyle seems to be hiding something.

Having decided to add three more books to the series, Cassandra Clare gives her characters whole new conflicts to deal with. Nice to see the after effects of the war and how the characters are faring themselves, we follow them through whole new journeys. As always, packed with suspense, romance, and wit, readers will enjoy whats in store for them. For anyone wanting more about the world of shadowhunters, this is the book for you.

City of Glass, by Cassandra Clare 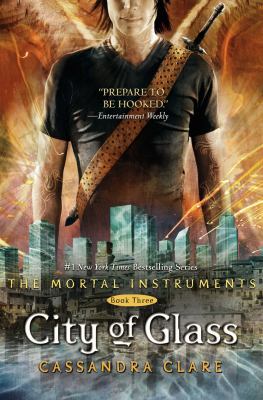 Clary Fray is desperate to save her mother, and when the only way to do so is to travel to Idris illegally, she does so.The ancestral home of shadowhunters, she discovers more things about herself than ever in this thrilling tale. Her brother, Jace, is there already desperately trying to distance himself from her. But can he really get over the love he has for her? But this must wait as Idris is at risk, Valentine plots against them, and their only hope is for downworlders to work with shadowhunters to save their home. Can the two enemies get along long enough to save billions of lives?

Things reach their conclusion, as Clary tries for the last time to save her mother. A new setting, Idris is a nice change to the usual gritty backdrop of New York. Conflicts reach their final climax, leaving you at the edge of your seat to find out what is going to happen to these characters you have grown to love over the course of the series. Well thought out, Clare gives her characters each their own individual voice that people are sure to enjoy. You will not be disappointed by how things end, and I recommend this to anyone to read.
City of Glass, by Cassandra Clare

Reviewed by Anonymous, Grade 12
Glendale Central Library
Posted by Teen Speak at 10:36 AM No comments: