Posted by Teen Speak at 5:48 PM No comments: 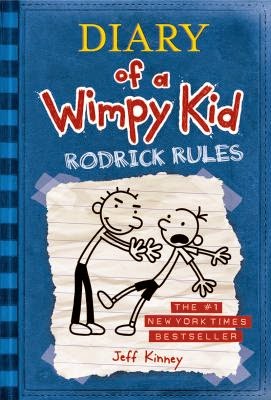 Rodrick Rules by Jeff Kinney is the sequel in the Diary of a Wimpy Kid series. This story begins with Greg talking about his summer experiences. One day, Greg's mom and dad told him and Rodrick that they were going to leave for the night. Rodrick pretended to have a flu and invited all his friends over for a party. The next day, Greg helps Rodrick clean up the house before their parents come home. However, their parents find about the party and punishes both of them. During the talent show, Rodrick lost his opportunity to sign a record label when his mom talked over the taping over the band's performance. Greg makes it up to him by helping Rodrick with his science project.

In my opinion, I was very surprised by the story's plot. I didn't expect to see Rodrick and Greg work together. Based on the first book, I thought they would always argue or fight about something. Once again, I was humored by the book. I recommend this book to everyone. I think that the first book of this series had a better story than this one. It was sad to see that Rodrick's band didn't get to sign with any record label companies. Overall, this is a good story to read in your free time.

Posted by Teen Speak at 2:05 PM No comments:

The Chocolate War, by Robert Cormier 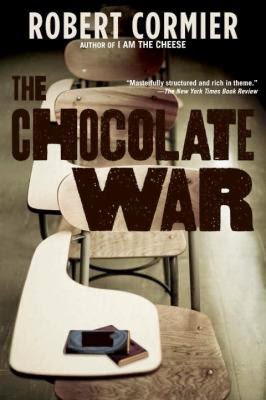 The main character, Jerry, goes to Catholic school where there is a secret body of students who perform mean pranks. When the headmaster of the school is ill, the vice principal is called up, and he forms an alliance with the secret group. Jerry is told to sell chocolates, but he refuses. Initially, others join him, but then he is beaten up and made an outcast by the entire school. Everyone has turned against him.


The Chocolate War, by Robert Cormier, is definitely going to be one of my favorite books. The plot was very well done and I wanted to follow Jerry for the whole story, and see what becomes of him. The ending was very satisfying, although sad. The high school is very bleak and ruled by a corrupt body of students, which is a very interesting setting. The progression of the story was great, as at first, Jerry was made a hero and followed by the whole school, but then towards the end, he is now a villain, who is violently beaten and bullied for his actions.

Reviewed by Anonymous, Grade 8
Grandview Library
Posted by Teen Speak at 11:56 AM No comments: