The Sorcerer of the North, by John Flanagan 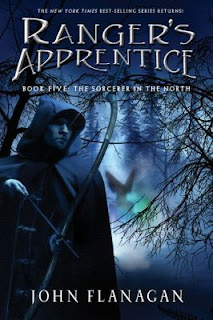 The Ranger's Apprentice, by John Flanagan, introduces a fifth book in its series. Book five: The Sorcerer of the North. Will is now on his own. He has his own fief to protect in the North. He hears rumors about a sorcerer hiding in the forest. He goes to check it out and what normally would scare any man, doesn't scare will. Will and his friend realize it is an illusion. They go deeper into the forest and realize the "sorcerer" is actually a healer who was chased out of town by the villagers. Will's friend is jailed, and Will has to think of a plan to save her. Will he be able to get to her before anything bad happens?


Book five was very exciting since will is now on his own and has to make decisions carefully. The book was very descriptive, and I now know where Will's new home is. With each book, I learn many things that I can relate to life. From this book, I learned not to let illusions full me. This book, as well as the series, Ranger's Apprentice, will always be one of my favorites, and I recommend this book to anyone.

-Reviewed by Krassi, grade 9.
Posted by Teen Speak at 3:28 PM No comments:

The Boy Who Couldn't Die, by William Sleator 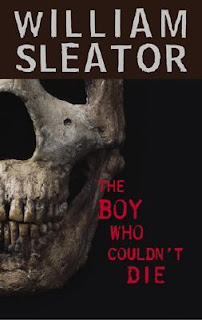 The Boy Who Couldn't Die by William Sleator is your classic zombie tale. After sixteen-year-old Ken experiences the death of his best friend, he swears he will never go through that. He sees a woman who tells him she can protect him from everything; from pain and from death. After being scratched and prodded, Ken wants to test out his new abilities. He plans a vacation for his family where there have been reported shark attacks and knows this is the ultimate test. While on vacation, he meets a local resident to the island, Sabine, who he grows to love. As time goes on, he begins to have these dreams of digging up bodies and even killing them. Sabine realizes that the woman who did this to him made him into a zombie. She has his soul and can therefore control it. Together, Ken and Sabine work to hunt her down and free all of the souls, but it isn't as easy as they would have expected.

This is a great book for people who love horror and action. It is very cliche, but good, nonetheless. William Sleator does a wonderful job painting pictures and creating vivid images in your head.

The Last True Story I'll Ever Tell, by John Crawford 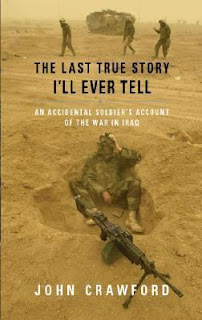 The Last True Story I'll Ever Tell by John Crawford follows the story of John Crawford's accidental account as a soldier in the war in Iraq. John Crawford was a newlywed attending college. He enlisted in the Florida National Guard to pay for his education. He ended up staying and patrolling the streets of Baghdad, a hostile city. He stayed way longer than his promised three months. His time in Iraq is filled with crazy, dangerous adventures. The Last True Story I'll Ever Tell is a perfect book for adults. When You read about what's going on, you feel like you're in John's shoes experiencing what he experienced. It doesn't take long to finish this two hundred twenty page book only because you will want to keep reading it. This book isn't recommended for teens because of the amount of swear words it has.