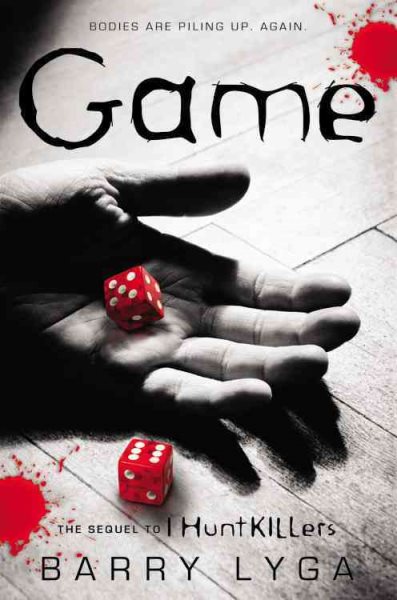 After the gruesome events that took place in the last book "I Hunt Killers" Jazz is wanted by the NYPD to help them find a ruthless serial killer called The Hat-Dog Killer that haunts the streets of New York City. As Jazz tries to hunt down the sadistic Hat-Dog Killer, his own father Billy Dent who's said to be an even worst serial killer is finally free after being in jail and is now restarting his reign of terror upon anyone who is unlucky to come across him. While Jazz is working with the NYPD his girlfriend Connie is beginning to start taking matters into her own hands and investigating things that she shouldn't meddle with. As this game of cat and mouse is being played you start to wonder, Who's Hunting Who?

I have to give it to the author for having the willpower and creativity to create a book that is gruesome, goose-bumps inducing, and overall such an astounding book. The way the book Game, by Barry Lyga, showed the different minds/sanity of people such as someone who is relatively normal for example Connie then give a complete 180* by showing the mind of a serial killer such as The Hat-Dog Killer. I have to say this book was incredible and definitely something you should read if you are currently interested in book that has you questioning and analyzing every moment, action, and character in the book.