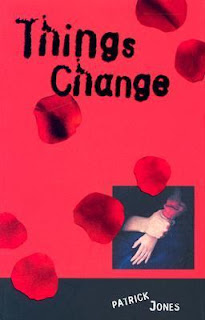 This story describes the relationship between an academically oriented girl, Johanna, with controlling parents who have raised her to do everything their way and a troubled boy, paul, who cannot find a way to live and move on with his life. Paul's father had left him when he was just 12, leaving his born again Christian mother and him to love in a trailer. He copes through his miserable life by drinking, his music: Springsteen, and his best friend, Brad. Johanna gathers up all her courage to let him know that she likes him and he eventually accepts. They fall deeper into love and Paul becomes everything to Johanna and she lets her grades slip up. When Paul becomes frastrated, he lets all his anger out on Johanna; both physically and emotionally, Johanna is bruised and scarred. This story had letters to Paul's dead dad which let us see perspective on the accouts as the story goes along. As the narrator, we see clearly into Johanna's mind and why exactly she loves him. I strongly appreciate and like how this story is written. There are two sides to every story and we see why Paul does the things he does and how much he is hurting, so we don't really take sides, and if we do, we have analyzed both points of view. After reading this, many teens have broken up with their boyfriend/girlfriend and have gotten their strength to do this with the inspiration of Johanna's courage throughout the story. It teaches teens to balance out their lives and friends and relationships. I would recommend this to all of my friends because I know that they would enjoy it.

Posted by Teen Speak at 2:59 PM No comments:

The Pale Horseman, by Bernard Cornwell 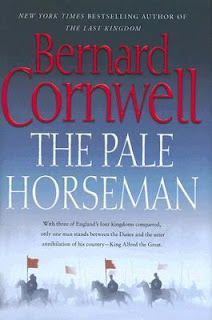 The Pale Horseman by Bernard Cornwell , starts where the last one ended as Uhtred kills Ubba Lothbrokson and earns fame and glory but being married for the first time he goes to his family instead of his king and subsequently Ealdorman Odda takes credit for the victory.  With nothing to do Uhtred takes a ship into enemy waters contradiciting his orders and plunders Danish ships. Meanwhile the Danes attack Wessex once again, this time capturing Wessex and driving King Alfred and Uhtred into marshes. Read to find how a king in a marsh becomes the most renounced king in all of history.

Bernard Cornwell is an amazing author and one whose books I would rcommend to anyone who likes historical fiction. Cornwell amazingly weaves known facts with made up myths that make the story credible yet highly entertaining. I would give a rating of 9/10 for this amazing book.