Monster : the autobiography of an L.A. gang member, by Sanyika Shaku 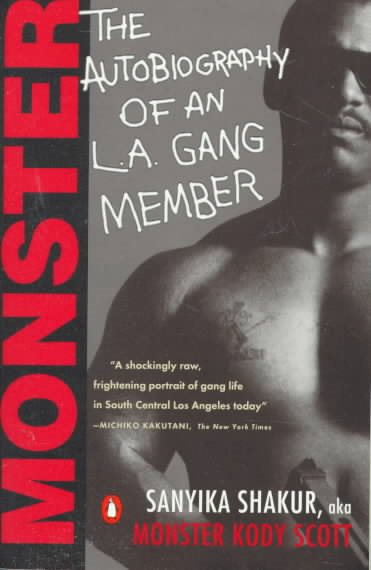 The book Monster The Autobiography Of An L.A. Gang Member, by Sanyika Shakur, also known as Kody Scott or Monster follows the life of a young gang member of the Crips and his experiences in South Central Los Angeles. Kody Scott joins the Crips during sixth grade and soon acquires the nickname “Monster” due to his actions in the gang. This autobiography is also a window into what life in prison is life for a black man. Throughout the book the reader experiences parts of the author’s life as a gang member, prisoner, father and son.

In my opinion, this book is a great read for anyone looking to better understand the life of someone who grew up in a gang. It does an amazing job showing the truths of South Central Los Angeles and the crimes committed there. This book would be great for readers looking to see the perspective of other people. All 383 pages were very interesting for me to read, making this book extremely hard to put down. The style of writing is easy for any adult or young adult to understand.

Reviewed by Zadoorian, Grade 12
Downtown Central Library
Posted by Teen Speak at 11:28 AM No comments: 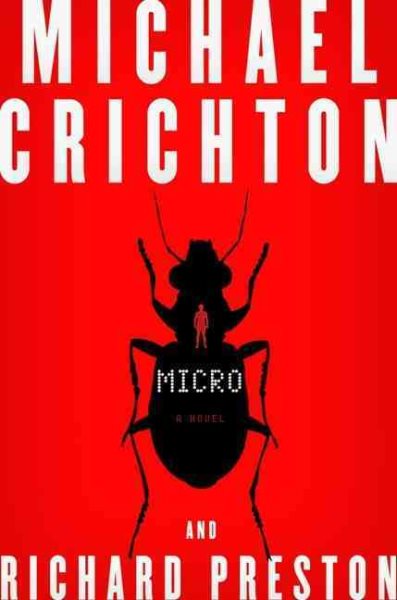 Micro, by Michael Crichton and Richard Preston, is a science fiction novel around a micro-universe too small to be seen by the naked eye, but so deadly it can't be ignored. Three men dead in a locked Honolulu building found with fine, razor-sharp cuts covering the bodies, but they showed sign of any effort in killing one another. Seven graduate students in Cambridge, Massachusetts, are invited to Nanigen MicroTechnologies all the way in Hawaii. One of the graduates, Peter, gets a text message from his brother who is the co-leader of Nanigen asking him not to come right before his death. Once, all the graduates arrive in Hawaii they take a tour around Nanigen when things get destructive when Peter gets assaulted by Drake (Owner of Nanigen) after knowing too much about their company.

This book was very well written, and I loved to read this book for countless reasons. There was always twists in the plot which kept me thinking throughout the whole story. The characters were the bulk of why I enjoyed this novel so much, they all had different personalities, thoughts, and jokes that were hilarious and clever. I would recommend this book to readers who like nature or science fiction.

Reviewed by Anonymous, Grade 9
Montrose Library
Posted by Teen Speak at 11:38 AM No comments: