The Evolution of Mara Dyer, by Michelle Hodkin 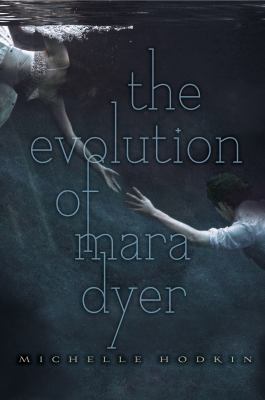 The tragedy in Mara Dyer's life continues once more, as Mara wakes up once again in a hospital bed with no recollection of how she got there. It turns out she is a psychiatric ward, as her family worries for her mental health now more than ever. But Mara knows the truth now, and there is more to her hallucinations than previously thought. Her ex boyfriend, Jude, did indeed survive the accident, and wants revenge for the night that took his sister's life. Taken to out patient care, Mara must play the part of patient trying to get well, but her doctor seems to have an agenda of her own. In order to help Mara, Noah Shaw finds a way to put himself in the same program, as he is the only one that actually believes her. Together they try to further unravel the mayhem around them, as Mara and the people she cares for's lives are all put into danger.

The sequel to Michelle Hodkin's debut novel, The Evolution of Mara Dyer, by Michelle Hodkin, succeeds as a suspenseful tale sure to keep reader's attention. Romance and suspense, this book is also a mystery as you find the answers the all the questions Mara has. Keeping the reader's eyes glued to the page, the reader never knows what it is we'll discover next. The second installment in the three part trilogy fairs well, and I highly recommend it to anyone looking for a good book to read. 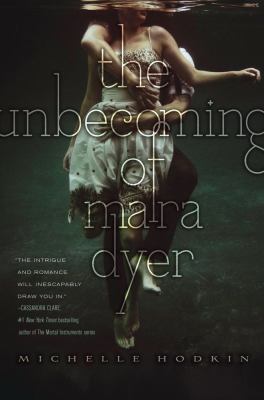 In the book Umbecoming of Mara Dyer, by Michelle Hodkin, Mara Dyer was in a tragic accident that only she survived, leaving her with no memory of the night it occurred. Guilt ridden and traumatized, she is plagued with nightmares and hallucinations that make her family worry for her mental health. In order to giver her a fresh start, they move to Florida hoping that things will get better. Unfortunately this is not the case, as the hallucinations and nightmares continue to haunt her wherever she goes. However some good comes of it, as Mara meets Noah Shaw among the mayhem, and finds unexpected solace in the odd boy that seems to relate to Mara in ways nobody else can. However, he cannot stop the chaos unfolding around her, as tragedy always follows in her wake. Together they try to piece together what happened that tragic night in order to full understand what it is that is happening to her. They seek answers to questions that seem to frightening to ask, as Mara deals with the sinking feeling that she may have had more to do with that night than everyone thinks.

Michelle Hodkin's debut novel follows many familiar tropes in fiction, that has begun to make it feel like we are all reading the same book with different names. There is the typical teenage boy heart throb, that is too perfect to be remotely realistic, the mean popular girl who torments the main protagonist, mental illness that is actually paranormal abilities, and so forth.The plot, however, does allow for the reader to keep interested as Mara struggles to discover what happened the night of the accident. However, under further inspection Mara Dyer has many problematic aspects that make it an unworthy read. Noah falls in love with Mara because she's "different than the other girls". Following the overused myth that all the "other girls" are people you do not want to be. There is nothing wrong in being like the "other girls" because to imply as such would be to imply that there is something wrong with being a girl and is yet another form of ridiculing them. Despite having a female lead, most characters are in fact male, and when women are put into the picture they seem to only cause trouble. This under representation is seen often in media and fiction, and it is woeful to see it once more. Overall, I would not recommend this book for anyone to read.