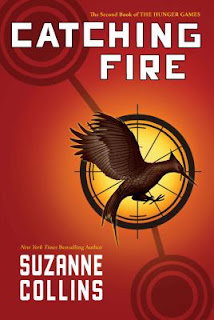 Catching Fire, by Suzanne Collins, is the 2nd book in the Hunger Games Trilogy. Katniss Everdeen has survived the 74th Hunger Games with, for the first time, another victor. Katniss and Peeta Mellark have returned, victorious, to District 12, but at the price of 22 other kids' lives. While the haunts of the Hunger Games swirl around Katniss, she goes on the Victory Tour where she visits all twelve districts and the Capital. As she goes on these half-forced visits, she realizes that she might've started a rebellion.

A rebellion was exactly what led to the Hunger Games. However, there seems to be no way to stop it from happening. On top of that, President Snow makes a horrifying announcement. For the 75th Hunger Games, better known as the Quarter Quell, victors from the other Games will be chosen to participate. That means that Katniss and Peeta are going into a bloodbath of countless lives. Again.

Just as exciting as the first book in the series, Catching Fire tests Katniss and Peeta's abilities even further. Not against a bunch of scared kids, but a few handfuls of trained killers. It is recommended to anyone into action and science fiction.

The Atlantis Complex, by Eoin Colfer 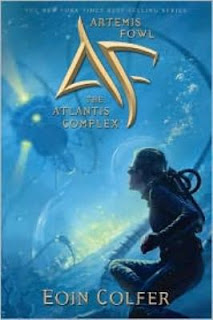 Artemis Fowl: The Atlantis Complex, by Eoin Colfer, is the 7th book in the Artemis Fowl series. Artemis Fowl, age 15, has recently developed a strange obsession with the number five. As a juvenile mastermind, he is somewhat horrified by his superstition but does not worry much of it. He proceeds with a project to save the world's glaciers when one of his fairy allies, Captain Short, notifies Artemis of his symptoms of Atlantis Complex, a psychosis where the patient shows obsessions, paranoia, and multiple personalities.

Not long after Artemis is informed of this, a space probe is found pummelling straight toward Atlantis and its unsuspecting fairy inhabitants. While Artemis is the only person able to inform and help the fairy population of this danger, a different personality has taken control of his actions. Will Artemis succeed in returning to his old self in time to save Atlantis?

The Atlantis Complex creates a situation where every option seems futile. While the time left for Atlantis ticks away, Artemis is confined inside his own brain by his complete opposite, Orion, who is a simple-minded, jolly fellow. Fast-paced, hilarious, and thrilling, The Atlantis Complex is a book for every teen being (and perhaps other creatures with human intelligence) alive.

The Phantom of the Opera, by Gaston Leroux 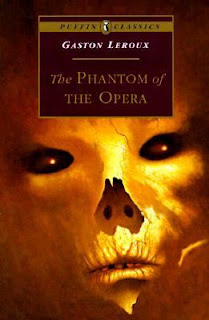 The Phantom of the Opera, by Gaston Leroux , takes place at the Paris Opera House. The situation: the Opera Ghost has taken the singer Christine Daae! Our hero is Viscount Raoul de Chagny, the childhood friend of our missing singer and, now, her lover. Petrified at the disappearance of his love, he starts what will be an arduous adventure in order to find her, but little does he know what terrible things he will face as he enters the depths of the Opera, where few men go.

This is a fantastic book, subject of many plays and several movies; it is a true classic by all definitions of the word. It is full to the brim with Action, Drama, Romance, and Terror. This is what would be a soap opera in book form, but better for this writer wastes no time in turning love into dismay, happiness into horror, and he does it all very well. I would highly recommend this book if you find the above fascinating and I would say a good trifle of vocabulary (or a good dictionary) may be needed to fully enjoy this book. So if you would like a classic love story or an action-packed thriller or even a book to engage your mind in thought, you need not look any further than this. 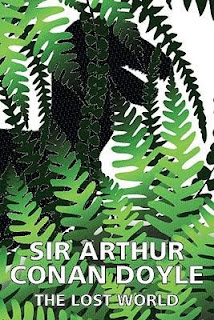 In The Lost World, by Sir Arthur Conan Doyle, Ed Malone, an average journalist of no particular honor, takes on one of the most exciting adventures of his life when he decides to interview one of the most controversial characters in science, Professor Challenger. What he didn't expect of this violent man was to accompany him on what most would call an insane journey in search of fantasy. Little did he know that Challenger's stories of his previous venture towards a mysterious plateau and his pterodactyl sighting were only the precursor to an adventure into a land of the long forgotten, the land of Dinosaurs!

This story has adventure, mystery, and more action than a decade of summer films. Written by Sir Arthur Conan Doyle, better known as the creator of Sherlock Holmes, this book is on par with all those books you know of only by name just because they've become intertwined in today's society (you don't have to be a Sherlock to know that!). The book itself has many adventures. In this epic, you'll read about things you've never thought possible that can only be realized with the power of the pen, paper, and a master writer. This book I'll recommend to whoever likes action, adventure, mystery, or realistic science fiction (no beam guns here). This book shouldn't be overlooked by even the most novice reader or by you.