A Treasure Concealed, by Tracie Peterson 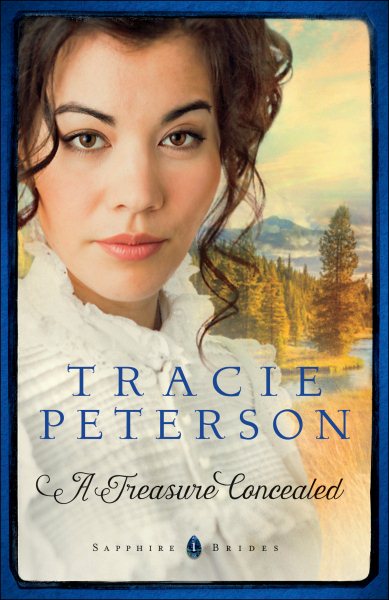 In the book A Treasure Concealed, by Tracie Perterson, among an 1890 Montana backdrop, protagonist Emily Carver is introduced as a kind-hearted yet willful pioneer daughter who solely yearns for settling. She'd much prefer a home where she can establish herself rather than tagging along her overly-ambitious, gold-mining father. His only goal in life is to strike it rich, although this never seems to happen. Growing up was never easy in the mining camps, yet it proves to be increasingly tasking as she develops a feminine form in the midst of many single, old men. She conceals herself with many unflattering layers of clothing when in public. Hopping from one camp to another, she dreams of a different sort of affection her sickly mother and her father are not able to provide. It seems as if Emily will never be able to fulfill her mother's final wish for her to marry. This is the case until a well-to-do visitor comes to her minuscule town. The man is strikingly rich and strikingly handsome. Emily guards herself fearing the worse yet the attraction is unavoidable as the man proves to be both humble, helpful, and benevolent. However, she comes to the realization that falling for the newcomer of the camp will prove harder to fight than she ever imagined, in fear that she will end up with a broken heart.

A second voice, Caeden Thibault, is a young geologist under the mandate of the government to catalog the minerals native to Montana. The brooding young man runs into Mr. Carver by chance as the two characters' lives cross paths. Both men are courteous to each other from the beginning to the end, which rewards the both of them. Throughout his stay, he avoids listening to his heart, in an attempt to escape the pain of his past. He's afraid that creating any bonds will prove to have the same end as his late, abusive, alcoholic father. Yet, something unexpected about Emily Carver has rendered him unable to silence his heart. So, Caeden finds himself doing anything to try to understand why. He lends a hand to the needy and seems to be unable to peel himself away from the small town. Two external conflicts play out as the Carver family have a need to strike it rich and Caeden needs to get the pestering past from back home off his shoulders. Will a fiance and some debt back home cause rifts in a budding relationship...?
If you are in search of a quick, sappy, and historical read, this book is for you. If you are, however, more inclined towards a deeper and more meaningful piece of literature, I would not recommend this novel. This simplistic story could quite simply be trying to mimic the ordinary lifestyle of the pioneering America we are immersed in throughout this read. Clichés galore, the language implemented in this book is far from substantial, I daresay elementary. Nevertheless, if you are interested in something light-hearted this may be your cup of tea. Do beware that the majority of all of the climactic events in the story will occur quite rapidly. This is the case so much so that you tend to have to re-read certain passages just to understand what happened in that one paragraph. In contrast, the rest of the book is filled with lengthy, detailed explanations, descriptions, and internal monologue. I have to say, the imagery in this book painted a complete picture for the reader to envision. Your imagination is able to soar to the dusty, Montana landscape the author wants you to find yourself in as well us feel the smothering heat, perspiration, layers of clothes, whatnot... Character development is pleasantly consistent as the good guys remain the good guys that they are and the bad guys remain the slimeballs that they are. In turn, the two main characters are dynamic enough from beginning to end for the story to be interesting. It is important to note that the characters in this novel cope by means of giving each other religious advice and speaking of God and the gospel. Hence, this is a book primarily geared towards a Christian audience. If you fit into that category, it is quite pleasant to stumble upon a faith oriented story. The resolution was incredibly hasty to be believable, but that is what is to be predicted. Problems that were quite large, under the circumstances, were resolved in a hurried fashion. I know that you shouldn't judge a book by its cover but, in the edition I checked out, the woman whose picture is featured on the cover looks absolutely nothing like the description of the main character. I'd prefer continuity rather than being misled. The plot was simple and executed in an okay manner with guarded characters eventually opening up to each other. In that regard, I'd say it is pretty deserving of three stars.
Reviewed by Alexis, K., Grade 11
Montrose Library
Posted by Teen Speak at 9:53 AM No comments: 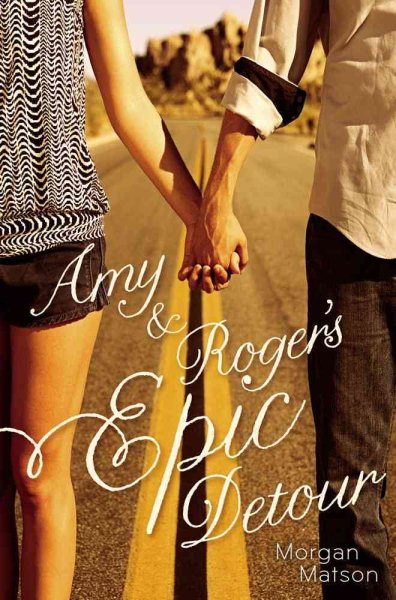 Amy Curry is no where near enthused by the summer that lay ahead of her. Little did she know it would be one of the most memorable summers of her life. Her mother decided it would be helpful to move across the country from California to Connecticut. She gives the responsibility of driving their car cross-country to Amy. However, there is one problem: due to her father's death caused by a car accident, she is not at the psychological capability to drive. That is when Mrs. Curry ensues the help of her friend's son, the strikingly handsome Roger, who Amy can't seem to remember from her childhood. The road forces both Amy and Roger, who has a problematic past of his own, to venture into both figurative and literal uncharted territory.

This has to be, by far, the best road trip book I've ever read. It's a good thing I read it right before going on a road trip of my own because it got me incredibly excited to be in an eight hour car road. But eight hours are only a fraction of the adventure Amy and Roger's trip takes you on. The reader truly experiences the road trip and the growing relationship across America as they flip the pages of this book. The scrapbook style elements incorporated among st the pages gives you the feeling that you are alongside the duo on their trip complete with receipts, brochures, menus, song lists, etc. This medium-length novel, Amy & Roger’s Epic Detour, by Morgan Matson, is pretty close to a five star summer read. I recommend this to all YA readers. Its dynamic and lovable characters will capture your heart.


Montrose Library
Posted by Teen Speak at 3:56 PM No comments: