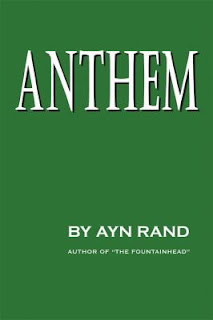 In the novel Anthem  by Ayn Rand we are placed in a society that only focuses on thewhole. In fact, it is illegal to say "I" and the sacred word is "ego". Our character is equality and from birth he has been different from his brothers. Secretly, he conducts scientific research and upon his attempt to show his discovers to his people, he is threatened to be killed. He runs away from the only place he has ever known and takes along with him his secret lover, for men and women can not have contact. In the woods, he discovers buildings from the past and realizes what an ego is. Equality reveals that he will create a new society in which it is every man for himself.

At first, Anthem seemed very confusing and I could not understand why such a book was written. Then I realized it was written to critize society and show that we must always be at a median, never extremes. It was a very good book and It made me think deeply of how we embrase some factors from this book but disregard others. It was very well written being told from Equality's point of view. 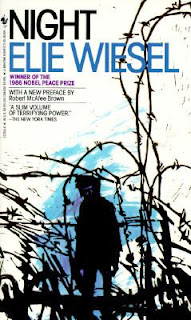 Night is a book written by Elie Wiesel about his personal life experiences with his father at Nazi German concentration camps during the Holocaust at the end of World War II. Wiesel was taken out of his home by Nazis when he was only a teenager. He was once a strong, faithful Jew whose life took a dramatic turn during the time spent at the concentration camps. The endless difficult times spent with his father also make up a significant part of the story.

This story based on a true, firsthand account of life in the Holocaust is extremely touching, emotional, and even depressing. One can definitely feel very close and connected to Elie Wiesel and his father and all that they go through together at the concentration camps. In addition, the way Wiesel writes is clear and understandable, despite the harsh, difficult subject matter of the Holocaust. I give this book a 10/10 rating and would recommend it to all readers who want to study and learn about personal encounters and hardships during the Holocaust.

The Lion, the Witch, and the Wardrobe, by C.S. Lewis 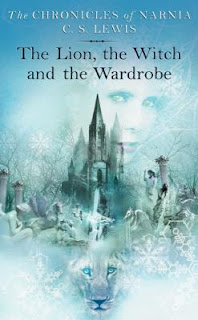 The Lion, the Witch, and the Wardrobe is a part of a series "The Chronicles of Narnia" by C.S. Lewis.  It is the novel that introduces the four Pevensie children, Peter, Susan, Edmund and Lucy. The four children are sent off to live with professor named Digory Kirke. In this professor's house there is a magical wardrobe first discovered by the youngest of the siblings, Lucy Pevensie. Since Lucy is the youngest she is continually looked down upon by her siblings. Edmund, the second youngest sibling enters the wardrobe next but encounters the evil witch who claims to the Queen of Narnia. However, truly she is not but a lion named Aslan is the ruler of all Narnia. Edmund doesn't know this and is persuaded by the witch to become greedy. All four siblings eventually enter Narnia and are on an adventure to find Alan to help stop the witch. New problems arise as they enter this strange new world and find out that Edmund has somehow betrayed them. The Witch and Aslan's army go to war, but who will win in the end?

I would give this book a 5 out of 5 because it is one of the greatest works of C.S. Lewis.  The book's themes and morals can be so deep that even and adult had to analyze, yet it is a book even a child can understand. The imagination and effort put into this book truly shows and if one is a C.S. Lewis fan, he or she must read this.