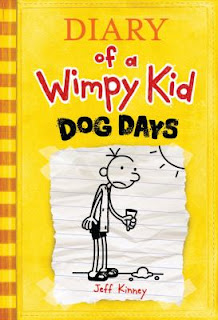 Dog Days, by Jeff Kinney, is about Greg trying to live his summer vacation fantasy but it seems as if everyone was against him. Well his view of having the best summer ever is to stay inside with the curtain shut and playing video games. But Greg's Mom has different things in mind because she wants to spend the summer by spending some time with the family. Greg and Rowley came up with a business to pay a debt at the country club. They had a fight and they stopped being friends because of it. So then Greg was forced to go places where he didn't really want to go which was going to the town pool and family reunions because he didn't have anything better to do. Every chance he had he tried to make the best of it.

This book might not be my grade level but I think that these books have something that you can relate to you. I would recommend this book to teen readers because it's an easy book and also by reading the book they will also get a good laugh out of the book.

Indiana Jones and the Kingdom of the Crystal Skull, by James Rollins 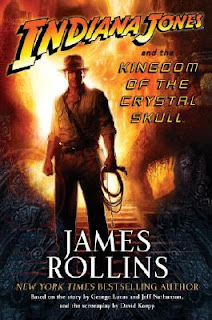 Indiana Jones and the Kingdom of the Crystal Skull, by James Rollins, is a really great book. Well it all starts when Indy for short is in Mexico, always looking to uncover lost history. He then gets kidnapped and then taken to the top secret base called hanger 51 (area 51). Indy using all of his wits escapes from the Russians which have him captive. He escapes a make believe town which is a testing site for atomic bombs. He somehow escapes that as well. Some time passed and Indy was giving notice of something that took him to Peru to look for a lost friend. To make a long story short Indy found clues of this crystal skull. When he found it he was captured by the Russian again. He was taken to South America where he was told to help the Russian to find the lost city of gold. But I think I should stop here before I start to spoil the ending.

I would recommend this book to anyone who is looking for an awesome thriller novel. What I really like about this book is the suspense and the kind of humor that it uses. It's one of those books that will make you want to finish the book from cover to back in just one go. Another thing that I like is how the author makes this crazy build up of suspense. 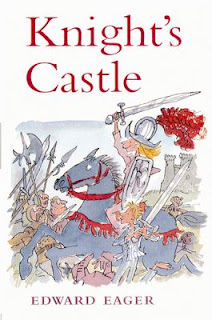 Knight's Castle, by Edward Eager, starts out with two kids called Roger and Ann who are going to Baltimore, Maryland to go to their cousin's house. ON the train one of Roger's toys came to life and spoke to him. Roger could not believe it and asked to see what he was seeing. The toy had a name which was Sir Walter Scott. Roger and Ann always played with these knight toys but what they did not know was was seemed play to them was actually real combat for the toys, just that it happened in their own book. Sir Walter had given the kids some kind of magic which allowed them to become the size of the toys. Roger and Ann soon found out that the castle is in some kind of trouble and that they were the only ones who could help.

I would recommend this book to readers who like to read fantasy books. I love reading fantasy books and I like to imagine myself in the book. You could say that the book shows this. It makes me wonder what these times were really like. I like everyone to read this book although it may look like it's for kids but once you start reading it's a good story. 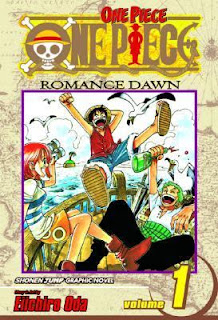 In Romance Dawn, by Eiichiro Oda, Monkey D. Luffy begins his quest from a small harbor village to become a pirate. As a young child, he accidentally eats the legendary gum-gum fruit, which gives him the power to stretch to unreasonable lengths. He sets out on his journey in his boat to sail the ocean, ultimately seeking to become the king of pirates. Along the way, he meets a cabin boy named Koby who is treated unfairly by the Ironmace Alvida, the lady pirate. Luffy saves him from her to allow him to pursue his lifelong dream of joining the navy and becoming an officer. Also, Luffy learns about the legendary pirate hunter, ROronoa Zolo, who had been captured by the navy. In a small naval base town, he attempts to save Zolo from the navy and offer him a spot on his crew. However, Zolo refuses to join Luffy's crew unless Luffy fnids and returns to him his three most important swords. After finding Captain Morgan, Luffy and Zolo fight and defeat him. Zolo agrees to join Luffy and together, they set off into the vast unknown of the ocean waters.

I thought his manga had an extremely well-thought out plot and storyline. Oda executed his sequence of events in a way that was easy to follow. In addition, he paid close attention to minute details that in turn added to the enjoyment of the novel. His story about pirates was the main point of interest that drew my attention to this particular manga. I recommend this manga to people of all ages who enjoy a plot-driven manga with dynamic characters.