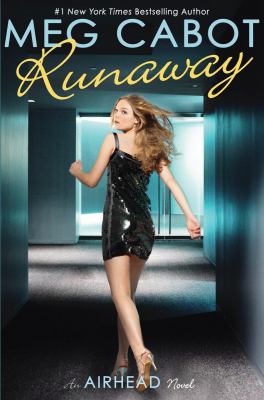 In Runaway, by Meg Cabot, Emerson Watts is living the life of Nikki Howard, running around doing all her work from school, family, friends, and even herself. She finds out the secret of multi-millionaire model Nikki Howard, and is confused with what to do with her life. She asks for help from her friend and love, Christopher, Em hopes that her plan works to destroy her employer and that Christopher will actually avoid his personal life for just a while and help her with her plan. Will it work?

I liked this book because it ended the series really well! It was filled with many surprises and secrets. I would definitely recommend the Airhead series to all teenage girls, so they could enjoy the books as much as I did!

The Fault in Our Stars, by John Green 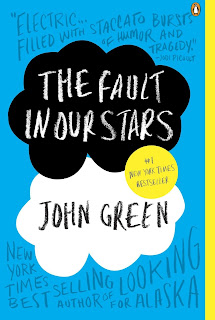 The Fault in Our Stars by John Green is about Hazel Grace Lancaster, a now sixteen-year-old girl who was diagnosed with stage four thyroid cancer at the age of thirteen. Hazel expected to die until a miraculous medical treatment shrunk the tumors in her lungs. She has been taken out of school and does not socialize or interact with others her age much. Due to depression, Hazel joins a support group for children with cancer, where she meets and falls in love with a seventeen-year-old boy named Augustus Waters. The two of them seem to have interest in one another and grow together in their similiar life journeys.

This book would definitely have to be one of the most wonderful yet extremely touching and emotional books I have ever read. The story of Hazel, particularly upon meeting Augustus, is very stirring and moving for the reader. I give this book a 10/10 rating and recommend it to all who would like to read an intense and loving story of young adults and their journeys in difficult times in life.

The Secret Circle: The Initiation and the Captive, Part 1, by L.J. Smith 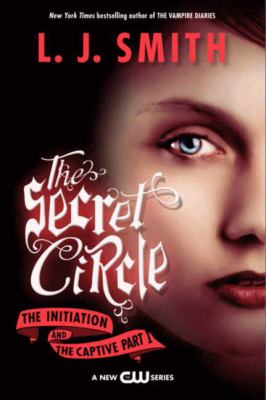 When Cassie, a beautiful and younge sixteen-year-old girl, moves to the small town of New Salem, New England, she finds herself becoming friends with the "in-crowd" at school. But something seems off about this group of friends. Soon she finds that they're a dangerous coven of witches...and she's one of them! From the start, Diana, the leader of the coven, befirends Cassie and soon they are fast friends, While Cassie is making friends, she also gains an enemy along the way: Faye. She soon learns that Faye has a goal to become the new leader of the coven! While gaining control of her powers anf alling in love isn't complicated enough, the wicked Faye wants to use her powers for evil! Now Cassie and the rest of the clan have to stop Faye before she destroys everything!

The Secret Circle by L. J. Smith, is an amazing and exciting book that will make you never want to stop reading it! THis novel is beautifully written sometimes I feel as though I'm in the book and that I really know all of the characters. I'd recommend this book to the teens out there that are interesting in action-adventure and fantasy. This book is one of my favorite books of all time! I hope you love this book as much as I did!

When It Happens, by Susane Colasanti 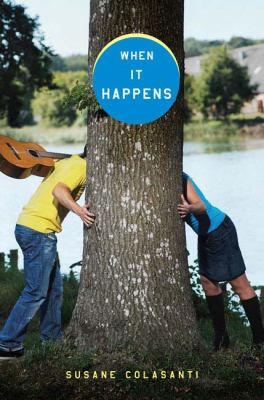 In When it Happens by Susane Colasanti, Sara is starting senior year of high school and only wishes to get into a good college and experience true love. There is a boy named Tobey who is starting senior year as well, and he only wants to win a band competition and to make Sara fall in love with him. However, another boy named Dave interacts with Sara first, which is what Sara had originally wanted. On the other hand, Sara and Tobey come to be much more alike and understanding of one another, Sara is stuck between the two boys to choose the truest and most suited one of the two for her.

This book is put together exceptionally, and it deeply explains the story of high school seniors' search for happiness and true love. The story is also quite exciting and entertaining. All in all, it is very captivating and urges one to continue reading until the end. I would especially recommend this book to high school students because I think that it will be very fascinating and relatable for them. 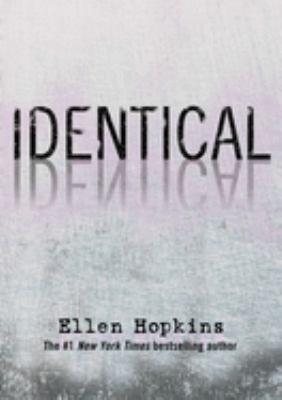 Kaeleigh and Raeanne are two sixteen year old girls who are also identical twins. Their mom is a politician and their dad is a district court judge. Kaeleigh is the apple of her fathers eye, shes been the center of her fathers affection since she was nine years old, when he started sexually abusing her. Kaeleigh cuts herself and binges on alcohol to mask the pain of her all too abnormal life, that she makes to seem perfect on the outside. Raeanne is the rebelious twin, she uses drugs and sex to compensate for not being daddy's favorite. The books follows the lives of the twins as they try to figure out how to be 'normal'.

Identical is one of my favorites by Ellen Hopkins. I loved how almost every scene is told from both sides of the twins. It gives the book an almost two sided feel, as if your reading two different books being told two different ways, but with the same over all plot and story line. The book will throw you through an emotion rollercoaster as you become connected to the twins. This book, in my opinion is for not only teens but adults. The book is obviously pointed towards teens, but the way its written will connect to anyone. The ending especially makes this book worthy of rereading over and over again. 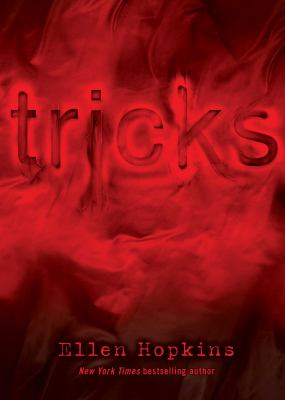 Tricks is one of my favorite books for a number of reasons. One reason is how connected you feel to the characters as you read the book, which puts you in the center of whatever is going on, whether it be bad or good. Another reason I love this book is because        Ellen Hopkins does not hold back, she gives you all the dirty details without hesitation or beating around the bush. Its an in your face type of read. If you decide to read this book you will find yourself in disbelief at what happens to these five teenagers. I think this book is perfect for showing teens exacly what not to do in certain situations. The book has parts that will make you cry as well as situations that you can't help but laugh at. I suggest this book to anyone who's looking for an emotion almost thrilling read. I gaurantee you won't be able to put it down. 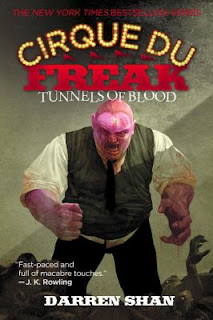 Tunnels of Blood, by Darren Shan, is the fourth amazing book in the Cirque du Freak series. Mr. Crepsley is visited by an old friend, Gavner Purl, and what they talk about Darren (and us!) have to clue of. But Mr. Crepsley announces that they must leave the Cirque, and Darren is not happy. He enjoys life at the cirque and is upset to leave, so Evra, the snake boy, comes along. The two young boys are clueless about what Crepsley does in the city until they see a news report one day. The Report states that six bodies were found drained of blood. Could it have been Mr. Crepsley?

I was in the edge of my seat the entire time I read this book! Darren Shan has a certain Talent for spinning extraordinary tales in each new book! It was interesting to read and learn all of the new things about vampires. I would recommend this book to preteen-teen boys and girls, mainly boys, because they might find Darren's journey more interesting.

Reviewed by Kristine, grade 9.
Posted by Teen Speak at 12:15 PM No comments: 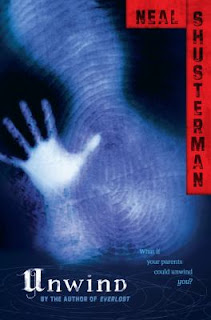 Unwind, by Neal Shusterman, is a thrilling novel that takes place in the future United States. We follow three teenagers who went AWOL when it was time for them to be "unwound". In these times, being unwound wasn't unusual and happens from the age of 13 to 18. Being unwound means to have your entire body deconstructed to be used for medical patients who need them. Being unwound was a simple solution to unwanted teenagers, and for some families, a giving of their tithe for religious reasons. Due to his rebellious past, Conner is being unwound by the choice of his parents. For no reason but budget cuts and uselessness, a ward of the state, Risa, is being unwound. And Lev is being unwound for his religion, he is a Tithe.  But when destiny throws them into each other's lives, they do whatever they need to survive until their eighteenth birthday, when they can no longer be unwound.

I must admit, I wasn't too thrilled about reading this because of bad reviews it has received before, but they were wrong, for me that is. I loved Unwind, not only because I like utopian/dystopian novels, but because it was such a marvelous story! The idea of being unwound was very unique. I also enjoy Shusterman's writing style. Each chapter is a different character and the story from their vantage point. I enjoyed seeing other people's view on what is happening. I would recommend this book to teens who enjoy dystopian themes and gut wrenching ideas.

Reviewed by Kristine, grade 9.
Posted by Teen Speak at 12:12 PM No comments:

The Inferno, by Dante Alighieri 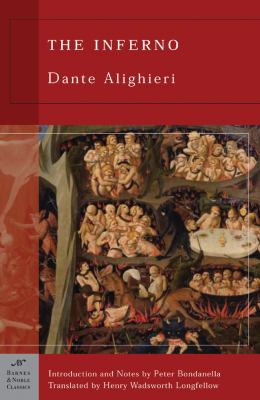 Dante Alighieri was a famous poet living from 1300-1331. His extremely famous story Dante’s Inferno was a poem about the great gate of Hell. In this story, Dante is expressing the reason of Christianity and the sins of life that can be spread for an increasing amount of time. These sins can lead to punishment and slavery forever. The story began when Beatrice the wife of Dante committed suicide for depression and Dante must be guided through the Hell to find the woman he loved and to keep his promise to her that he would stay faithful through the right and wrong of the life.

I think this story is well done in the sense of poetry and many other ways of expressing his feelings for Beatrice. This story kept me enthusiastic to keep reading for a long time because it made me feel engaged with the story; I really enjoyed it. This story has good depth in it because you will be able to feel the hate that is coming from Dante toward the demons that try to hurt Beatrice. The ending of this book is shockingly surprising; an excellent book that will keep the reader engaged with the story and its characters.

Posted by Teen Speak at 5:55 PM No comments: