Dark Breaks The Dawn, by Sara B. Larson 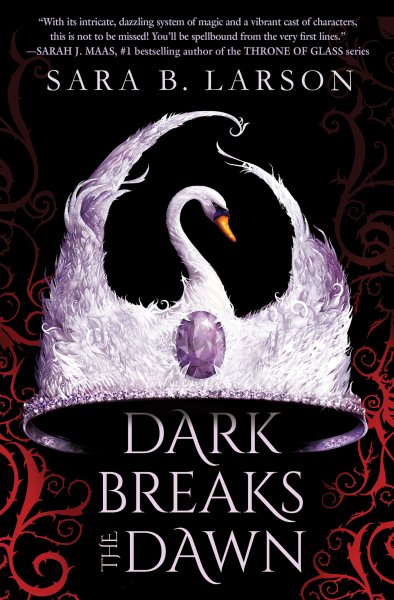 Dark Breaks The Dawn, by Sara B. Larson, of a battle between light and dark. The peace between them is finally broken by Dark Kingdom of Dorjhalon after thousands of years. But, this isn't only a story about war, this is the story about Princess Evelayn who lost her father sooner than she ever expected and her mother on her 18th birthday. She is the only hope of her people and her kingdom. In order to defeat King Bain and his sons, she has to come into her ability of shape-shifting. But how can she use her gift when it never worked correctly, when she tried hard, but only a little bit of it happened? Does she need to rely on her fighting skill like ordinary people, her gift or both? What will be the destiny of Light Kingdom? What will happen to the only hope of Eadrolan?

I liked most of the things in this book except the romance part and how the story goes a little bit slow at the beginning. I think the romance part was too early for the story and was somehow forced in. It could've been better if the author had the romance later in the book. However, this does not mean this book isn't fine. It is such an exciting and interesting book. The main character who is the Princess is so pure and innocent, she is too young and weak to face the war and reality of life. It made me sad a little bit of how she had to take a great responsibility, but as we all know, this is how life is. I believe this is a good book for teenagers and young adults. Those who like Game of Thrones or Falling Kingdoms would also like this book too.

Posted by Teen Speak at 6:21 PM No comments:

Fly on the Wall, by E. Lockhart

Posted by Teen Speak at 1:42 PM No comments: