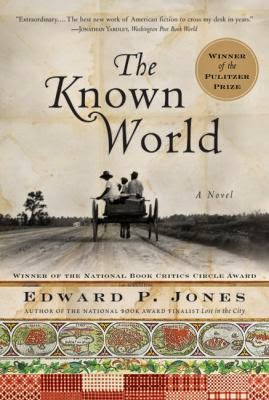 The Known World, by Edward P. Jones, is a series of stories regarding the death of Henry Townsend. Henry Townsend, a black plantation owner, is a freed slave who has started his own plantation with his own slaves. We switch off from his slaves, his childhood, and the lives of surrounding characters to learn about his life and the events his death caused. To start off, Moses, the overseer slave, is the first slave Henry ever bought. He is extremely loyal up until Henry's death. However, when he develops feelings for Henry's widow, Caldonia, trouble arises. It is a time where slaves are as vulnerable as ever, running away, being cruelly punished, and very few laws protecting them. There is a strict division between what is thought, and what should be thought. Regardless of "free papers", a colored person is subject to discrimination, and in some cases is stolen back into slavery. The stories surrounding Henry Townsend's death not only teach the leader of his life, they teach the reader parts of history that were ignored.
My first few days reading The Known World were unpleasant, and continued to be unpleasant. This novel seems senseless, theme less, and requires excessive thought to decipher its true meaning. I found myself confused often, having to reread and constantly looking up unfamiliar words in the dictionary. One factor that contributed to this confusion was the Jones's writing technique: prolepsis. Prolepsis is when the author is the "god" of those in the story therefore he knows every detail of their lives. This is revealed constantly in the text in instances such as the circumstances in which a newly introduced character was born or will die. I found The Known World to be a horrible book, and would not recommend it to anyone except perhaps a historian.

The Battle of the Labyrinth, by Rick Riordan 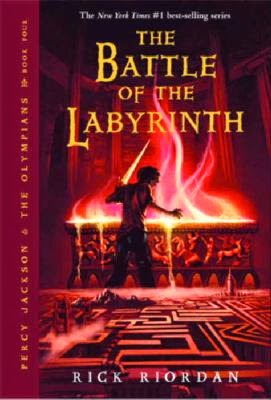 We once again join Percy Jackson, son of Poseidon, at Camp Half-Blood. During training, Percy and Annabeth find an entrance into the Labyrinth and find out that Luke has been there before. They figure that Luke will lead his army in through the Labyrinth and ambush the camp from within. They must find Daedulus before Luke does, so that he won't know where to go in the Labyrinth. Will Camp Half-Blood stay protected or will this be it's final stand?
Usually, I would love this book because it's part of the Percy Jackson series. But, I honestly didn't like this one. To me it was kind of like a few of the others.The plot line was the same, Percy is in a race against time, making sure that Luke does not succeed. The Battle of the Labyrinth, by Rick Riordan, was kind of bored me, but it did have some twists that I was surprised when I read. This book kind of saddened me too, because you could tell they're preparing for the final book of a great series.Definitely not my favorite for the series standard, but an okay book.