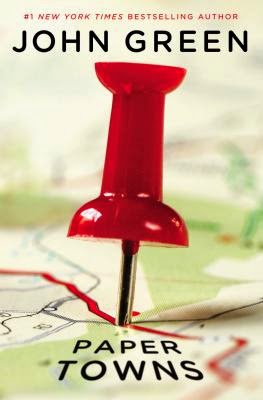 In Paper Towns, by John Green, the main character Quentin Jacobsen has spent a lifetime loving the magnificently adventurous Margo Roth Spiegelman from afar. One night, she climbs through Quentin's bedroom window and asks him to join her on an adventure. After a night full of action, Quentin does not see Margo for weeks. Driven by his love and the promise of adventure, he sets out to find her- and so begins a journey that changes him forever.

This book is great for teens. I liked it, though at times it was a bit cheesy for me. The book did speak a lot of truth, though. People are not always who you make them out to be in your mind, and it is disappointing to realize this. I would recommend it to anyone looking for a light read.

The Lost Hero, by Rick Riordan 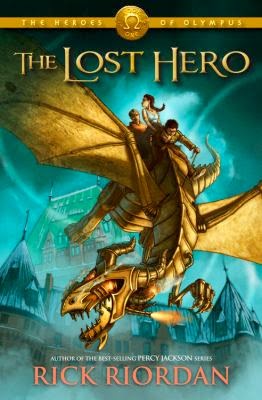 This book starts off the Heroes of Olympus series, which caught my interest. It starts off as Jason wakes up in a bus not knowing how he got there or who he is. He is sitting next to a girl, whose name he finds out is Piper, who claims they are a couple. To make things worse, a boy who is sitting on the bus as well, whose name is Leo, claims that he is Jason's best friend! Jason realizes that they are taking a trip to the Grand Canyon, and that this is a summer camp. Though things turn upside-down when they are attacked at the canyon and are taken to camp half-blood and told they are demigods. Now they must go on a journey to save the queen of the gods, Hera.


In my opinion, The Lost Hero by Rick Riordan, starts off very well by introducing the characters and getting to the plot in a fast and simple style. Jason not only has to remember who he is and where he is but also has to go on a journey with two people who he barely knows and save the queen of the gods. This book caught my attention because I have a great interest in roman and Greek mythology, and that I had already read the Percy Jackson series. It starts the Heroes of Olympus series very nicely with the bonding of the characters and quest to find out who Jason really is, which keeps you wondering the whole story.