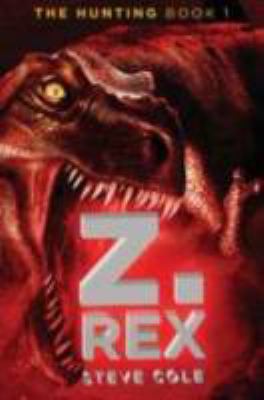 In the book, Z.Rex, by Steve Cole, is about Adam Adlar a teenage boy that had a father who created a Ultra-Reality video game. The game was pretty cool, and he loved it. Then his father disappears and was never to be found again. Adam starts to encounter weird things. CIA agents, native people, and the most terrifying thing, A T.Rex! He doesn't know which is reality or isn't and goes on a crazy hunt to find his father. The cities are empty and barely anyone is there. Adam experiences, danger,action, and survival. Will he make it and find his father, or will he lose the "game?"

I loved the book Z.Rex by Steven Cole. It was terrifying and action-packed. This story teaches you some ways to survive if an animal outbreak like that happened. This story at some moments fell like a jump scare and surprised readers like me. This book had the combination of video gaming and reality combined into one new subject which I would like reality gaming. I would recommend this book to people who have a taste of action or fighting. This book is a little bit like the Hunger Games.