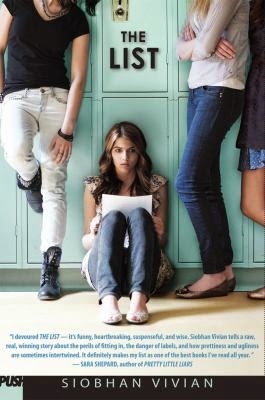 The List, by Siobhan Vivian, follows the eight girls on the list, the four prettiest and the four ugliest girls at Mount Washington High School. The list is posted every year on the last Monday of September and although no one knows who makes the list, its authenticity is certified by a stolen embossing stamp of Mount Washington. The story follows all eight girls as they experience the consequences of being on the list. The ugliest girls face humiliation, cruelty, and pity but what the prettiest face is almost worse. This is because although it’s horrible to be declared ugly, when you’re declared prettier than everyone else, everyone else tends to become jealous and angry. All the girls experience a rollercoaster ride after the list is posted and learn a lesson or two along the way.


In my opinion, this was a pretty good book. I enjoyed how it experimented with the idea of being “pretty” and how society treats people based on appearance. I also liked that the author showed the effects of the list from all eight sides. I think it gave the story a much for interesting take because of all of the conflicting opinions on the list and being “pretty”. However I did think that the plot was a bit lacking because it took place over only one week, the book could’ve been much better if the author expanded the plot more and made it a little more complex and interesting. I think this book would be enjoyed by anyone looking for a new, interesting take on society and how people are often judged based on appearance.
Reviewed by Lucy H., Grade 9
Montrose Library
Posted by Teen Speak at 12:11 PM No comments:

Little Woman, by Louisa May Alcott 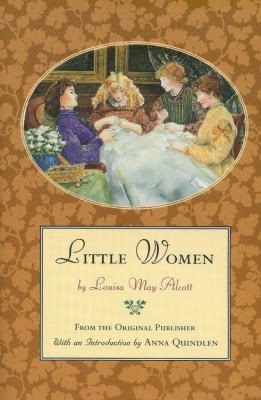 Little Women, by Louisa May Alcott, is about four sisters, Meg, Beth, Jo, and Amy who are all dealing with the hardships of love, sickness, and growing up in New England during the Civil War. The girls have various hopes and dreams, marriage, and finding their own path in life.


This is a true American classic for all readers to enjoy. The novel makes you realize that no matter which century you live in, we all have hopes and dreams just like everybody else. We all have goals that we want to accomplish and that's okay. And even though life can have hardships and battles to go through, you always have to have hope and never give up.
Reviewed by Anonymous, Grade 12
Glendale Central Library
Posted by Teen Speak at 12:09 PM 1 comment: