The Lost World, by Michael Crichton 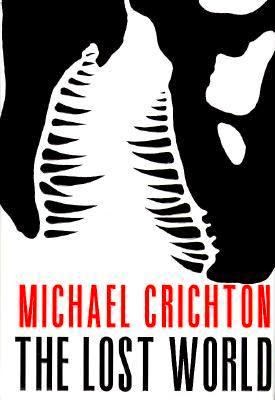 More than half a decade has passed since the Ingen incident. Jurassic Park was destroyed, and the dinosaurs were killed. However people like scientist Richard Levine don't believe so. There are rumors of a second island, known as Isla Sorna, that is believed to contain dinosaurs like the ones at Jurassic Park. To try to find truth to this, Levine confronts a survivor of the Ingen incident, Ian Malcom, asking him if he would be willing to lead an expedition on the island. Ian declined. However, Levine would not give up and went to the island himself. Contact with Levine is soon lost, and his colleagues are thrown into panic. Now, Ian Malcom must lead a search team to find Levne. While on the island, Ian's team face dangers, like the dangerous dinosaurs he faced before, and poachers who are trying to steal dinosaur eggs. It's a race against the clock as Ian's team scramble to find Levine, and survive the deadly dinosaurs.

The Lost World, by Michael Crichton, is a good book, and great continuation of Jurassic Park. The Lost World will stand up to the standard set by it's predecessor. It has frightening excitement at every turn, and is a great scientific adventure. I like this book almost as much as I did the first. However, I highly recommend reading Jurassic Park before The Lost World, because, I feel it'll make reading The Lost World a much more enjoyable experience.