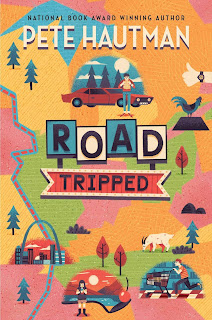 Steven, known as Stiggy at school, finds everything wrong with other people. When his girlfriend ghosts him and he decides that he's had enough with his life in Minnesota, he takes his recently deceased father's Mustang and goes on a road trip, not knowing where he might end up. During his trip, Stiggy has flashbacks of everything wrong with Minnesota- from his father who shot himself to his friends, who don't seem to understand him. He also meets new people along the way, friendly drifters to drug addicts- and begins to rethink his life.

I thought Road Tripped by Pete Hautman was a good book. However, it was a darker story than I normally read. I thought the way the author utilized flashbacks to show Stiggy's problems in Minnesota was very interesting. Each of the characters, both new and old, seemed very realistic to me. The story made me think about the issues of mental health and how your actions can affect the way that other people view you. I didn't particularly like how the book ended- it didn't have a definitely conclusion. I thought that the book addressed a lot of serious problems in society, and I definitely recommend it to others.

The Hidden Oracle by Rick Riordan 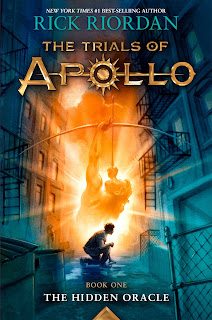 The God Apollo is now a mortal on Earth. He is blamed for the war between the Romans and Greeks by the other Gods, as his son was tricked into starting it. He must find his way among the mortals, and learn humility, as well as persistence in order to survive among men. He is discovered by a demi-god named Meg, who lives on the streets of New York, where she scrounges and trains to fight. Percy Jackson brings them to Camp Half-Blood, where they learn that campers have disappeared, and the oracle tampered with. Will Apollo be able to be a hero and save the oracle and the campers? Or will his world burn down in flames?

I really enjoyed this book, as I do with most of Rick Riordan's books. I liked the way the author showed the disparity between the powers of Gods in their true form, and mortals (even those who were previously Gods). I like the knowledge of what goes on inside the head of a God in the Percy Jackson universe, and I think that this book shows the thought process of Apollo very well. From when he starts out acting like his near- omnipotent self, to later in the book, where he realizes that he needs humility, and understanding of others, and that he is not the only one with an opinion.


Reviewed by Julio B.
Central Library
Posted by Teen Speak at 5:28 PM No comments:

The Fall of Crazy House by James Patterson 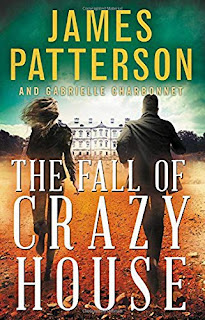 Becca and Cassie, two twin sisters, are soldiers in a resistance against the powerful United Regime. Becca is sent on a mission to the capital city of Chicago- but she doesn't know that her mission is suicide for anyone who carries it out. Meanwhile, Cassie is tasked with sifting through old newspapers and artifacts to see what led to United taking over the country when she finds the truth- United massacred almost the entire nation with a supervirus. When disaster strikes and the encampment is attacked by the same supervirus, Cassie must go on a dangerous trip across the country to go and save her sister.

I thought The Fall of Crazy House was an okay book. I enjoyed the story, but a lot of parts did not seem realistic and the characters seemed shallow. A lot of the events in the book were left unexplained, but the action and suspense was conveyed well. I think that fans of action novels and dystopian novels would enjoy this book very much. Honestly, I didn't feel or think much from this book- it was basically just a thriller that you read but you don't gain anything from. I would recommend this book to other people if you like those kinds of books, but otherwise, I wouldn't read the book.