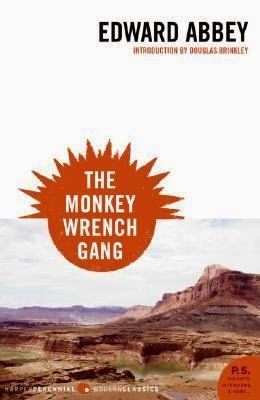 A story of militant environmentalism, rampant mayhem, arson, and sabotage through the deserts of Utah, The Monkey Wrench Gang brings together four colorful characters and puts them through different acts of destruction. "Seldom Seen" Smith, a Mormon raftsman, meets Doc Sarvis, an eccentric doctor and wealthy surgeon, and his girlfriend Bonnie Abbzug, his young assistant from the Bronx. Oh, and there's Hayduke, the insane retired Green Beret. All four of them come together to destroy the menace to the American Southwest - industrialization and development of the desert, culminating in a plan to blow up a dam.

I think what I liked the most about The Monkey Wrench Gang, by Edward Abbey, aside from its bizarre sense of humor and its anarchist sensibilities, were the strange idiosyncrasies of its characters. Although they're environmentalists, they litter, swear, and leave the ends of their cigarettes and their beer cans on the sides of the road. They all drive huge cars, and Hayduke's vehicle of choice is a gigantic four-wheel-drive jeep. This is the type of book that would be banned at schools. None of these characters are good role models at all. Their only redeeming characteristic is their shared concern for the environment, which admittedly manifests itself in the destruction of public property.

The Twelve, by Justin Cronin 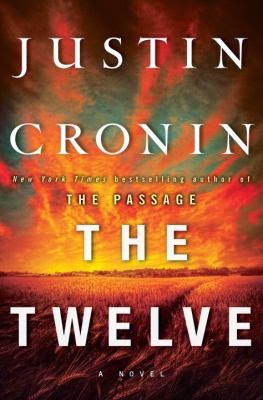 The sequel to The Passage, The Twelve takes place more than a century after the initial effects of Project NOAH. It is set in a fortified enclosure in which some of the last remnants of humanity call their home. Surrounded by floodlights and concrete walls, it nevertheless needs some people to venture outside the walls to gather supplies and maintain the giant windmills that power the place, and more importantly, keep the floodlights on. Everything starts with the arrival of a young girl, who was there a hundred years ago when the first virals/jumps/shades/vampires were unleashed upon the world.

The Twelve, by Justin Croning, at its start at least, has a very City-of Ember-ish vibe to it. There are a couple young protagonists in a city, powered by a failing source, surrounded by inhospitable darkness. But the characters know what lies outside the walls, and what's more, they know how it can be killed. I still love The Twelve, but in a much different way than its predecessor. I like how it switches from a tale of destruction to more of an adventure through a dystopian Southern California filled with monsters. I also think the addition of the divine elements was a good idea: it provides a welcome contrast to the evil hunger of the vampires and seems to fit in well in a world filled with creatures that are described almost as supernatural.
Reviewed by Adrian G., grade 12
Grandview Library
Posted by Teen Speak at 3:48 PM No comments:

The Passage, by Justin Cronin 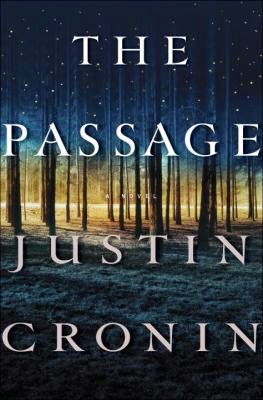 The Passage is, quite simply, a vampire novel. But it's also a metaphysical journey across space and time, full of deep characters, the secrets of human emotion, and countless Biblical allusions. The United States military begins Project NOAH, designed to infect convicts with increasingly powerful strains of a hitherto unknown virus from South America. Agent Wolgast is responsible for bringing these people in, and he does his job extremely well - until he is assigned his last contact: a twelve-year-old girl. When they arrive at the compound, the subjects have become more powerful than anyone could imagine. And when Patient Zero entices one of the janitors into unlocking the cells, the apocalypse is unleashed upon the world.

The Passage, by Justin Cronin,  is still one of my favorite books. It's an extremely vivid tale of a vampire apocalypse. As a fan of the dystopian, apocalyptic genre, this book is a must read. The characters are deep, soulful and conflicted, and as a nice complement to the gritty pain and suffering, there are elements of the fantastical (other than vampires) and, on some occasions, the divine. I think one of the things I liked so much about The Passage is how each character responds to the apocalypse. Some literally convince themselves nothing strange has happened. Another takes to a cabin in the mountains. But you can see the human emotion present in each.
Reviewed by Adrian G., Grade 12
Grandview Library
Posted by Teen Speak at 10:46 AM No comments: