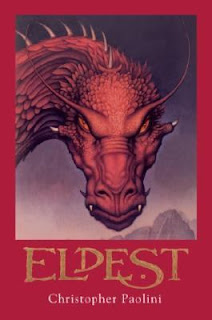 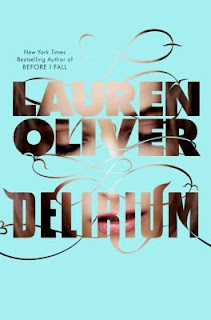 Dystopian romance caught my attention. Of course, the title, Delirium, by Lauren Oliver, and cover of the book had a lot to do with me picking out this book, but I came to realize that was behind that cover was the best part. The title of the book is derived from the book's main focus, a disease called amor delitia nervosa, which people once thought was a disease, but is now widely agreed as one of the worst illnesses. In this society, upon reaching the age eighteen, every citizen is required to be "cured" of this disease. The cure is a surgery involving brain which will eradicate the deliria and furthermore remove the emotion and ability to feel love, and promote a better living for the citizen. Our main character, Lena, seems calm and strong, living under her Aunt Carol's rules and taking care of her two younger cousins. She anticipates the day where she will be cured. Behind this calm, smart, and very obedient Lena, darkness unfolds, and secrets untold lurk in her mind, one being her mother's suicide. She is ridiculed by her strange past. Lena's idea of the society completely changes when she meets a boy, with amber brown eyes. Both characters are well developed and Lena isn't one of those main characters you usually read about who are "perfect."
I am greatly anticipating the release of the sequel to Delirium. Unlike many futuristic and fictional stories published, this one gives a sense of reality and possibility between the idea, and the characters. I would highly recommend this book to those who love fiction, science, and romance all in one. Aside from reading mysterious ideas, and dystopian theories, Lauren Oliver delivers and idea that captivates the minds of teenagers and young adults, based on everyday things they feel. I would even say this book has a psychological twist, and will keep you on your toes until the very last word.