Ethan Frome, by Edith Wharton begins in first person, speaking through the voice of the narrator. Ethan Frome is a man trodden with hardship. The death of his parents leaves him with a farm to care for by himself, and his wife's chronic illness is also in his responsibility. Ethan finds one light in his gloomy life, and that is the house maid Zeena. He and Zeena can not be together, though.

I liked this book. It was a short read, and the characters were believable. It was easy to follow, and very obviously a love story. I would recommend it to anyone looking for a short read and for teens of all ages. 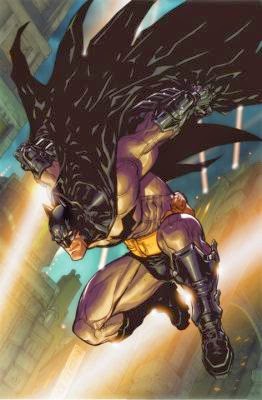 This comic takes place after the events of Batman Arkham Asylum. It centers around Batman's quest to find out the truth behind the mysterious Arkham City. Arkham City is a super prison for super criminals, and normal criminals alike. However, something sets this prison apart from others. it will be placed in the middle of Gotham City. Batman sees this as a problem, and he to tries to discourage Arkham City. Try as he might, the mysterious figurehead behind Arkham City is too powerful for even Batman to overpower. Now, Batman must face brutal gang wars, numerous super criminals, and an army of foes trained specifically to take him down, all placed in the heart of Gotham City.

Batman: Arkham City, by Paul Dini has an interesting story line, and spectacular art. It has a chance to see what Batman is thinking about as he works as the detective he is. It makes you want to know who the mysterious mastermind behind the just as mysterious Arkham City is. It'll especially cater to fans of the comics or video games. If you are a comic fan, it's worth a read. If you are a batman fan, you should definitely give it a read. This one adventure of the Caped Crusader that you won't want to miss.