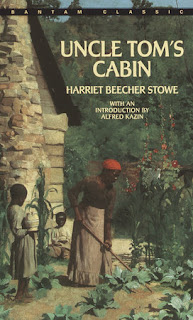 Uncle Tom's Cabin follows the journey of a pious and righteous man named Tom into the deep South and the escape of the Harris family to Canada. The novel begins when Tom's benevolent master, Mr. Shelby, reluctantly sells Tom and Harry Harris to a slave trader due to debt. Eliza's mother, Harry, cannot bear to have her son taken from her so she decides to flee to Canada, following Harry's father. Tom is carted away by the slave catcher, but holds on to his master's son's promise to buy him back as soon as possible. His loving and godly heart makes him friends and enemies alike during his journey.
I wanted to read this book after learning how important it is in my United States History class. So my experience reading this novel was similar to how I analyzed historical documents in class. Stowe's abolitionist views really shined throughout, which helped me gain a better understanding of the movement's strategies and causes. I wish I read this during the school year because it would have helped me a lot.

But also just looking at the plot, this novel is very entertaining. I grew really attached to some characters and there were some I hated like Mrs. St. Clare and Legree. The plot events were exciting and the writing was animated. This book made me really sad but also inspired me at the same time. Characters like Eva, Tom and George Shelby made me want to become a better person. Although this book's main intention is to rally people against slavery, it also teaches the reader about forgiveness, love, and equality.

I really liked this book. I wish we read this in school instead of other books in high school because this is at the same reading level but more entertaining, impactful, and historically relevant. I honestly think that anyone would like this book but it is probably too dark and sad for younger readers.

Shadow and Bone by Leigh Bardugo 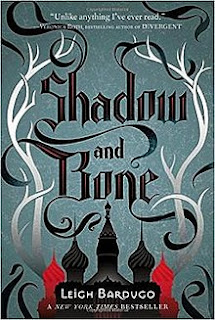 Alina Starkov and Mal have been friends for almost as long as they can remember. Both orphans, they were raised in an orphanage and tested for Grisha power- a type of magic that is desired by the government of Ravka. Both tested negative. However, when Alina and Mal are taken across the Fold, an unnatural desert bleached of color and inhabited by monsters, their convoy is attacked and Alina manifests a Grisha power- and not just any ordinary power. Alina seems to be a Sun Summoner- a Grisha with control over light, and never seen in modern times. Separated from Mal, she is taken to the royal court and the Darkling, the leader of the Grisha of Ravka. He believes that with Alina's power, the Fold could be destroyed. However, he is not what she thinks he is. Without Mal, Alina must learn to control her power and her feelings- before she is manipulated by others around her.

I thought that Shadow and Bone was a very good book. I enjoyed the story that Bardugo wrote very much, and the world-building was very detailed and even plausible. The characters themselves were diverse and their appearances and actions were very descriptive as well. I can't think of anything I found wrong about this novel- it was a good, action-packed novel in my opinion. I think that readers of Fantasy fiction or fans of Bardugo's other fantasy series would enjoy the novel. However, readers of romance or even science fiction would like this book too. The book is a part of a trilogy, and it made me feel excited to read the sequel. I really enjoyed this novel and I definitely recommend it to others.

The Ruinous Sweep by Tim Wynne-Jones 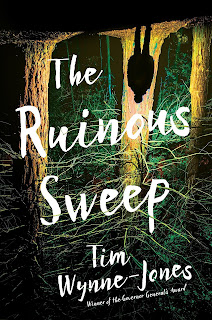 Donovan Turner is kicked out of a car at nighttime. He can't remember anything that has happened to him over the past day, and he is desperate to escape the dark road. He steps out to hitch hike when a driver, surprised by him, flips his car and crashes. Donovan makes his way to the car and finds a briefcase full of cash. Not understanding anything, Donovan takes the case and runs.
Bee's boyfriend Donovan has been in a near fatal car crash. A hit-and-run, no one seems to know who killed Donovan or what their motive was. However, the police are almost sure of one thing- Donovan killed his father with a bat. Bee, knows that Donovan would never do that, but the police don't believe her. When she visits him at the hospital, Donovan is in a coma and no one is sure if he will survive. Bee vows to find Donovan's would be murderer.

I enjoyed Tim Wynne-Jones' The Ruinous Sweep very much. Although some parts of the book (especially the ones told from Donovan's perspective) are very confusing, I think that added to the appeal and overall atmosphere to the novel. I feel as if the book is supposed to be mysterious and is supposed to keep the reader in the dark. Although it was confusing, the book was written very well, and it was hard to put down. The novel was eerie and sad, and I really started to feel these emotions when I got near the end of the novel. I think that readers who enjoy mystery novels would enjoy this book. I would recommend this novel, but be aware that some parts of it are confusing.