In a Heartbeat, by Loretta Ellsworth 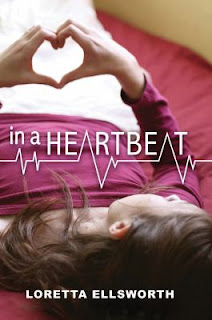 The book In a Heartbeat by Loretta Ellsworth is about how Amelia lived because Eagan died. Eagan was a heart donor and gave her heart to Amelia. From Eagan's point of view in her version of heaven, she goes through all of the memories from her life, good and bad, through her still beating heart. Amelia on the other hand, is very lucky to be alive. She starts to develop new characteristics and she starts to wonder if her heart donor is trying to tell her something. Amelia needs to figure out how she can help the one who saved her.

I really enjoyed reading this book. While the subject matter may be frightening to some, the characters and their emotions are very relatable. Even if you have not known someone who has donated or received an organ, you will be moved by this story of life for one that is not possible without loss for the other. I loved the book because it told the story from both perspectives. Though a bit similar, the two girls' voices were still enjoyable and realistic, and I loved going along with them on their quests for self-discovery. I would definitely recommend this book to anyone.

Reviewed By: Emily R., Grade 9
Montrose Branch Library
Posted by Teen Speak at 9:12 AM No comments: 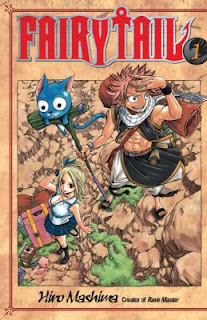 In Fairy Tail, by Hiro Mashima, celestial wizard Lucy wants to join the Fairy Tail, a guild for the most powerful wizards. But instead, her ambitions land her in the clutches of a gang of unsavory pirates led by a devious magician. Her only hope is Natsu, a strange boy she happens to meet on her travels. Natsu's not your typical hero - but he just might be Lucy's best hope.  Fairy Tail won the 2009 Kodansha Manga Award for shounen manga. It has also won The Society for the Promotion of Japanese Animation's Industry Awards for best comedy manga.

Although this was another shonen series I initially liked too, I lost interest as the plot became riddled with plot holes, fan service, and countless new characters. It was just like Bleach and Naruto in that aspect.

Future of Us, by Jay Asher and Carolyn Mackler 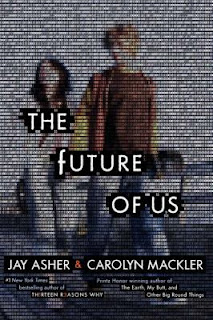 The Future of Us by Jay Asher and Carolyn Mackler takes place in 1996, when rarely anyone owns computers. Emma just got her first computer and an American Online CD-ROM. One day Emma and her best friend Josh log on and discover themselves on Facebook, fifteen years into the future. Their spouses, careers, homes and status updates – it’s all there. However, it’s not what they expected. And every time they refresh their pages, their futures are changed. Anything they do in the present could affect their future. As the two struggle to reconcile this vision of the future with their experiences in the present, they're forced to confront what they're doing right and wrong in the present.

I thought this book was amazing. I never wanted to put the book down. Anyone with a Facebook account or anyone who is just looking for a good read would definitely fall in love with this book. This book is also very comical and will get readers laughing out loud. It is a great romantic comedy and a terrific consideration of the future that we're living in today. I recommend this book to anyone, especially since social networking has been so popular. It gives teens a taste of what it was like before computers or cell phones. Without question, this book is definitely a page-turner. 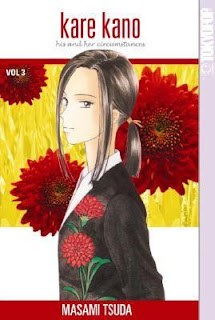 In Masami Tsuda's Kare Kano, it follows the life of a fifteen year-old girl, Yukino Miyazawa, about to start high school. Throughout her life, she has been the perfect model student and works hard every day to achieve that number one spot. The reason why? Well, Yukino is actually really, really vain, and loves to hear people praise her. She always believed that she'd breeze by through life and get the praise she always wanted. But when Yukino goes to high school, she is finally upstaged--by Souichiro Arima, who scores better on the entrance exams and instantly snatches the attention of the class. By accident, Arima finds out that Yukino is just pretending, and this starts off a series of events that lead to Yukino and Arima falling in love. They then have to cope with a lot of obstacles in their relationship.

His and Her Circumstances, as it is known in its English version, is one of the best shojo manga I've read in a long time. In Masami Tsuda's work, although it was 21 volumes in total, it didn't fall prey to complicating the character's lives by adding unnecessary drama. Unlike other shojo mangas whose supposed "relationships" were solely based on a series of misunderstandings and riddled with plots, such as the heroine lying to her lover under the justification of him lying to her about himself. Although Arima and Miyazawa in the manga did the same thing, what made the relationship refreshing was the fact that they were mature about it and they both actually sought each other to fix those problems. After hearing about Arima's past, Miyazawa sought him out instead of hunting down other people to tell her about it. Even when love rivals came in between the couple, they persevered and were truthful to each other about the people who made advances on them. Also, the book focused on the other character's relationships and that added further depth to the work, because you could really connect with the couple more. The reactions of the other characters to the couple was more believable because the author gave real personalities to them through providing other stories. I loved how Miyazawa reflected on life after realizing how petty her facade of being a model student was. Instead of sulking about it and worrying about her initial rival, Arima's, reaction, she decided to be honest with herself and show her true colors. She didn't need someone to tell her what to do and that's an important moral lesson in my opinion. To have the ability to be self-reliant and to be honest with oneself.

Reviewed By: Jacqueline L, Grade 12
Central Library
Posted by Teen Speak at 8:53 AM No comments: 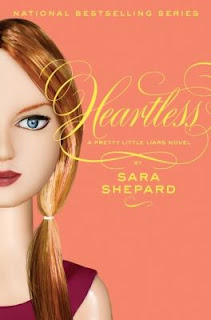 Heartless is the seventh suspenseful book in Sara Shepard's Pretty Little Liar series. The Liars have a new problem this time, defending their mental stability. During the huge fire in the Hasting's backyard, all four girls saw Ali, their long dead friend, alive in the flames. They are told it was merely a hallucination but how likely is it that all four of them had the same hallucination? The Liars are taunted openly at school and by the media for believing that they saw Ali. Aria decides to go to a séance with an unlikely ally to figure out what really happened. Following A's orders, Emily impersonates an Amish girl and discovers many secrets that may lead her to A's killer. Hanna's father decides to send Hanna to a facility to help her recover. While digging for clues about Ali's murder, Spencer uncovers some nasty secrets about her family. Is A the girls' side?

Each time I read a book written by Sara Shepard, I fall in love. She is an amazing writer who understands exactly how things are in my/our generation. Shepard is very straightforward on problems involving family and school which is interesting to read. Other than that, this novel is filled with suspenseful information that makes you wonder if what you've previously learned is true. Overall, I liked this book and am eager to read the next one. I would recommend this book to anyone who enjoys the television series and has an interest in realistic teen fiction. Also, if you have read any other books by Sara Shepard, I guarantee you'll love this one!

Posted by Teen Speak at 8:43 AM No comments: 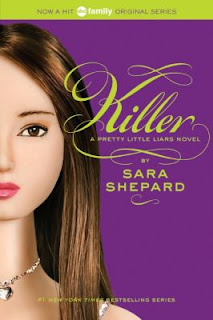 In the Pretty Little Liars series, Killer is the sixth spectacular book. The Liars thought all of their troubles would disappear when A got killed. Little did they know there's a new A in town who knows all their dirty secrets. Spencer's world gets turned around when she figures out she's adopted. Now, she's set out to find her birthmother, but will her search bring happiness or ruin her situation more? Aria's mom's new boyfriend has a thing for Aria. To prevent her mom from getting hurt, Aria moves in with her dad. Will being closer to the woods be a wise decision? Hanna focus now is to get back at Kate for stealing her happiness. Will stealing Kate's crush backfire on Hanna? It seems like everything is going right for Emily. She's found an amazing boyfriend who's perfect in every way. Her only problem is his mother, who hates Emily. Will Isaac believe Emily or defend his mother?
As with all the other Pretty Little Liar books, I AM IN LOVE! Sara Shepard continues to amaze me with her extraordinary writing. This book in particular is a favorite because it didn't feel like the series was merely dragging on. Other than that, I was absolutely shocked with all of the revelations. The author's unique writing style also contributes to my love of the series. Its amazing being able to see events through the eyes and minds of the four main characters. Not only that, but this isn't your average story about murder. I would definitely recommend this book or series to young adult readers because its suspenseful and interesting.

Posted by Teen Speak at 8:42 AM No comments: