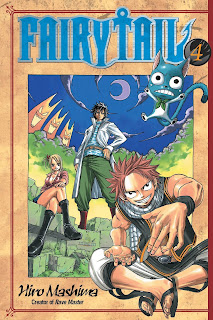 Fairy Tail is a guild containing celestial wizards to fight in battles against other wizards who also have their different types of magic. What usually happens is the members are assigned different missions and they are expected to fight and gain victory in them. This is something that Natsu and his gang like doing most of the time but there are missions that can be more risky than others. This would be called an S-Class mission. Fighting in a mission like this can absolutely kill you in an instant and you would need consent from the executive master of the guild in order to participate in an S-Class mission. Will Natsu and his friends get consent first or just go on with the mission secretly?

I think this volume of Fairy Tail is pretty cool but ironic at the same time. In the story, when you are assigned a mission that involves violence and killing, you are in the risk of dying in general but in this one, it sounds a little more dangerous causing you to be more cautious on what you are doing. The characters have a really unique personality but at the same time, it can be inappropriate sometimes. Think of Gray. He's a strong fighter but one of his hobbies is to take his shirt off. I also like how Lucy may constantly get annoyed with Natsu's sidekick Happy either for being too smart or annoying. Some scenes of the manga gave me different types of feelings. One scene would make me laugh a lot or one scene would make me feel disgusted based on what the characters are doing. As in only for this particular volume, I would recommend this to an individual who is about eleven to twelve years of age since this is mainly about mild violence and a tiny bit of rude humor. 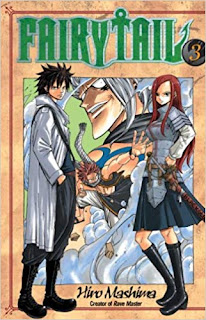 In today's manga, there is a dark guild that uses dark magic and other witchcraft techniques to defeat other guilds. Fairy Tail must go against this dark guild in particular to stop their black magic but they meet new people before and during the mission whether it is allies or enemies. An example of their black magic would be playing poisonous music to the ears and brain which is very unpleasant to listen to called The Lullaby. If the members of the dark guild were to play it out loud to the whole community, then the citizens are at risk of severely dying in many ways. The battle must go on!

This story is pretty decent. It contained a lot of combats and mild violence while looking through all the graphics on the way. One thing I like about Fairy Tail is in almost every volume I read, there's always a different looking cover and title color. In which, this also applies to the book spine. There would be a different character in every book spine such as having Natsu or Happy in it. The colors are staying neutral which is good. This book should only be for teens because of the mature humorous content in it.

The Rithmatist by Brandon Sanderson 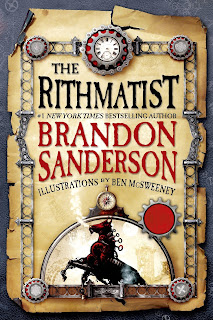 Joel is a student at Armedius Academy, an expensive school located in the United Isles that was created to teach both rithmatists and non-rithmatists alike. Joel is the son of the schools late chalk-maker, a man respected by many on campus. Joel has dreamed all his life about becoming a rithmatist, a person who can bring drawings out of chalk to life. Unfortunately, it is an innate power that he isn't born with. He befriends a rithmaticts teacher name Professor Fitch, as well as another student named Melody. Because of his deep knowledge of rithmatics, as well as his quick thinking and perseverance, he joins both Fitch and Melody in a hunt to find a murderer... that lurks in their very school.

I really enjoyed The Rithmatist. I find Brandon Sanderson to be a really good author, whose books I always enjoy. This was one of the first books of his that I read, and it really drew me in to his work. I never expected that a book about chalk and school would turn out to be such an interesting new facet of fictional pre-modern America. This is a book i would recommend to readers of Brandon Sanderson, or anyone who just wants to open up a good book, sit down, and read. This book is one that i spend a lot of time thinking about, and re-read often.


Reviewed by Julio B., Grade 10
Glendale Central Library
Posted by Teen Speak at 12:47 PM No comments: