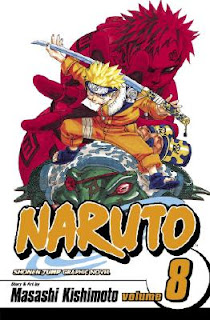 Naruto by Masashi Kishimoto. In a village hidden in the leaves, was a meddlesome kid named Naruto Uzamaki, hence the name Naruto. He was born with the demon, The Nine Tailed Fox, in him, sealed. He spends his day either pranking the village or eating his favorite meal, ramen. He has no parents, they were killed by the nine-tailed fox. He is pranking and graffittis the statues of the 4 great hokages's( the leaders of the villages) but was caught by his sensai, Iruka sensai, he was escorted back to class and to do a transfiguration jutsu. Sasuke, his mortal enemy does aperfect clone, then it was Sakura, Naruto's crush, she also did a perfect replication. It was Naruto's turn, he made a measly one clone. Iruka sensai was not pleased, he yelled at Naruto to do it right, Naruto couldn't do it, so he failed the exams and couldn't become a ninja. He was depressed until his other sensai, sensai Mizuki told him he could pass and become a ninja only if he stole the forbidden scroll and meet him in the forest. So, Naruto did, the 4th Hokage saw what Naruto did and sent all the sensais to find him, Iruka sensai finds him studying the replication jutsu, he was practicing all night, Mizuki finds him too. Iruka and Mizuki battle it out, Mizuki was about to kill Iruka, but Naruto comes out makes about 100 clones and kicks Mizuki's butt, Iruka sensai gave Naruto his head band since Naruto passed and became a ninja. Naruto is one of the most fun anime in the list of the greatest anime. Its also a manga and people prefer to read it instead of watch it. I prefer to watch it since you can visualize it in your head, hear the voices, and watch it. I would recommend this to mostly anybody. 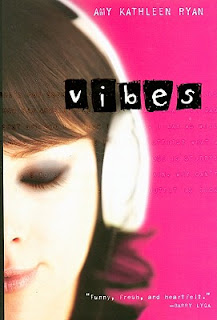 Vibes, by Amy Kathleen Ryan, is about a girl named Kristi who struggles in everyday life as she has to deal with being able to read minds with thoughts. She'd rather not hear. As Kristi hangs out with her newly found friend, Gusty, she learns things about her past, her family, and herself. In my opinion, Vibes is great at teaching teens that uniqueness is something to be valued. It also teaches that being positive about the self is the key to happiness. This book is very intriguing and witty. I recommend this book to anyone looking for an interested read. 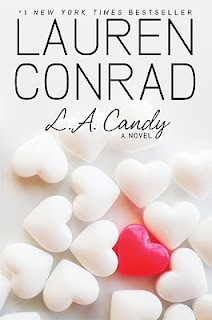 L.A. Candy by Lauren Conrad is about nineteen-year-old Jane Roberts and her best friend Scarlett who decide to move to L.A. after living in Santa Barbara for many years. Jane has come to L.A. for an internship to work as a writer for a high fashion magazine and Scarlett came to go to school at U.S.C. They both knew nothing about L.A. except for a few clubs. Jane gets her internship and Scarlett starts her year at U.S.C. After living there for a few weeks, one day they were sitting at a club and having some drinks and a producer came to them and offered them both a chance to be on a reality TV show. Do they except the offer or decline? Read the book to find out. I think this a great book for teens, mostly for girls because it's more of a girly story. There is fashion, love, romance, and everything that goes on in a girl's life. I recommend this book to all teens. It tell a very cute story, as the author describes her life and how she deals with things.