The Crucible, by Arthur Miller 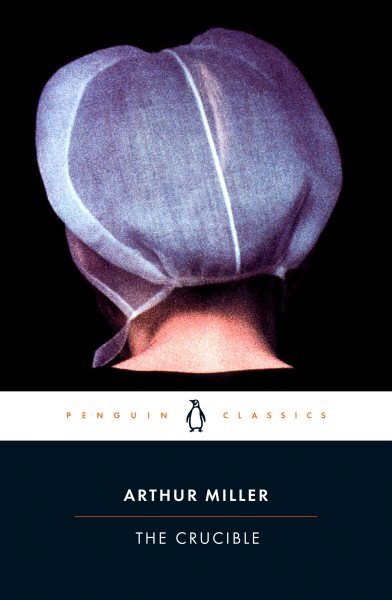 The Crucible book is written by Arthur Miller. This book was about witchcraft which took place in Salem, Massachusetts in 1692. People in that town accused each other for witchcraft. Abigail Williams was Parris’s niece. Several girls with Abigail danced in the forest where Parris’s daughter, Betty, fainted when she saw her father in the forest. They all taught that some other person cursed her. Parris did not want to believe that witchcraft happened in Salem, Massachusetts because he was the minister of that town, and it was not good for his reputation that something like that happened in that city. They said if the person that did the witchcraft confessed, they could be free, but if they do not confess, they would be hanged. Nurse Rebecca who was known to be a great and honest person in that city was arrested because someone accused her for witchcraft. She did not confess because she believed that she did not commit that crime, and she did not believe in witchcraft, so she was hanged. John Proctor was Elizabeth’s wife. Abigail wanted to kill Elizabeth, so she accused Elizabeth for doing witchcraft. The girls acted in the court, and John Proctor got arrested too because their servant, Mary Warren, accused John Proctor for witchcraft. She claimed that he forced him to confess that Elizabeth was innocent. Proctor tried to convince Mary Warren to tell the truth, but she did not tell the truth; she was scared of Abigail. Proctor wanted to confess in order to protect his life and his wife’s life. Elizabeth convinced him that he should not confess because he did not do that, and he is innocent in that case. If he wanted to confess, he should have signed a paper that he was guilty, and that paper would be shown to everyone in the town. He denied to confess, so he got hanged on the same day as Rebecca, the nurse. If someone did not like another person, and they wanted to get revenge form them, they would simply accuse them for witchcraft. It was simple for them to do it because they did not any evidence to prove whatever they said; their words were enough for the court to claim someone as guilty and hang them if they did not confess. They believed that witchcraft was a special case because they could not find any clues or evidence about the case except whatever the victim said.

The Crucible is a book written by Arthur Miller was amazing, interesting, and meaningful book to read because it was partly true story about John Proctor and the other characters described in the book. True facts and events were highlighted in the story about witchcraft which happened in real life for the people in Salem, Massachusetts in 1692. I would recommend this book to people who would like to know more facts and details about people’s beliefs and events that happened in Salem, Massachusetts in 1692. In every chapter of this book, someone accused another person for witchcraft and sent them to the court without any acceptable reason. It made me think and imagine the situation in Salem in 1692 where people were arrested and hanged only by someone else’s words and without any sufficient clues or evidence. Arthur Miller used great real examples in his book to show how personal conflicts resulted in severe consequences in 1692 because the court accepted whatever the victim said, and they believed that those cases did not need any lawyers because they could not find any clues or evidence about that case. It is interesting and scary that the most of the characters in the story lie, but the author wrote the book in a way that the reader understands that they do not tell the truth, and their claims are not true and reliable. Historians who studied about these events for their major would be interested to read this book because it tells the reader about the situation of that time through many perspectives which makes it easier for the reader to understand and imagine the situation. This book is more a fiction book rather than a nonfiction book, but some of the parts of the book was imagined and did not happen in real life, so it is a nonfiction book. The theme of this book, the main message, was that people in 1692 ruined and destroyed each other’s lives for getting revenge from each other without any acceptable proof or reason which caused many disasters and sadness; proof and evidence is needed before any accusation. This book written by Arthur Miller is a valuable, meaningful, and amazing book for everyone to read because it is important for the new generation to know what had happened in the past, so they won’t make the same mistakes in the future; we can always learn lessons from the past.

Posted by Teen Speak at 2:21 PM No comments: