The Adoration of Jenna Fox, by Mary Pearson 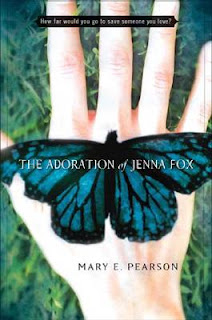 The Adoration of Jenna Fox by Mary Pearson is about a teenage girl who just recovers from a serious accident. It is in the future where technology has advanced to where a person can use synthetic materials to replace lost or damaged parts of your body. For example, if you were in a fire, and were severely burned, the doctors could grow new skin for you, or bones, or even your brain. The main character, Jenna, doesn't know about her accident. As the story unfolds, you and Jenna start to realize that her recovery wasn't normal. When she sleeps, it is like she is in limbo -- in between dreaming and just vast emptiness. Jenna discovers that parts of her body are fake, and starts to wonder how much of her is real. She finds that only ten percent of her brain is real. Is she still Jenna? Or is she someone new? My opinion of this book is that it was REALLY good. I don't normally like the whole science fiction thing, into the future stuff, but this was good. The time (future) didn't make that big of a difference. Mary Pearson's writing made it seem lik ethe plat was actually happening today. The plot slowly unfolded, with a lot of suspense . There were also parts of the book, where the author wrote, like, a poem how Jenna feels, like, in her head . It was something that I've never read before, and it was interesting. She also wrote like a teenager, and she got the feelings of any teen pressured to be their parent's North Star perfectly. I think the main message of this book was to move on, and let things go. I also think it brings up a good topic for discussion. Would you want someone to live if only ten percent of their real self was left? Or would you rather go naturally? It questions humanity and your ethics. It really made me stop and think. -Reviewed by AP, grade 9
Posted by Teen Speak at 9:00 PM 1 comment: 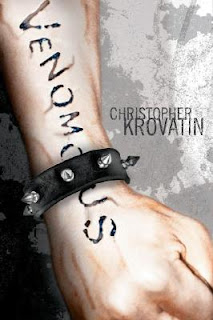 Venomous, by Christopher Krovatin, is about Locke Vinetti is no normal kid. Ever since he was eight years old, he had a small problem. Okay, a huge problem. He calls it the Venom. Tommy Ferreo was the first to provoke it. He ended up with the top of his nose bitten off. But when Locke meets Renee, a goth with a troubled past, he falls in love with her. But he can lose if/when she gets hurt.
My opinion of the book was that it was very good. Even though it was a teen book, I think it should have been a mature teen book. It has lots of swear words. And a few sex scenes but nothing THAT bad. Overall, it was well-written, and it was enjoyable.
-Reviewed by AM, grade 9
.
Posted by Teen Speak at 7:53 PM No comments: