The Wild Lands by Paul Greci 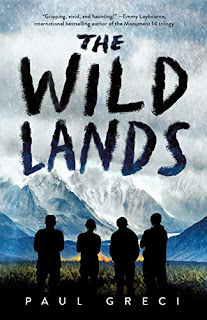 When a raging fire razed Alaska and it was disconnected from the rest of the United States, Travis's father chose to stay. However, food is now running low and the land is unusable. The few people that they meet are hostile. His father, finally realizing staying means death, gets the family ready to leave. The trip will be brutal. When tragedy happens and Travis and his little sister need to set off on their own to get to the lower 48 states, they must somehow survive the terrible weather, dangerous people, and maybe even form strong alliances with others.

I liked reading this survival-adventure novel. The idea of living in a destroyed, isolated place and struggling to survive the aftermath of the apocalypse was an interesting premise that I enjoyed reading about. The characters seemed realistic and their motives and actions were also very well written. The mindset of some of the characters was also fun to read about- such as the ideas of the hardcore survivalists. However, I felt as if the novel did not have a satisfying ending, something I hope the author will remedy with another book. People who like reading about post apocalyptic scenarios and survivalism would love this book and its intense action. Overall, I would recommend this novel as a great read for anyone.

Posted by Teen Speak at 5:16 PM No comments:

A Million Worlds With You by Claudia Gray 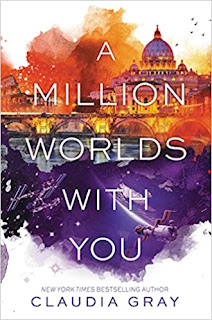 Marguerite Caine is the main target of a powerful alliance, called Triad, spanning three realms of the multiverse. As the daughter of the geniuses who made it possible to travel between worlds, she has been to these other worlds- exploring herself and her relationship with others in radically different worlds, and thinking of the ideas of fate and destiny. When she learns that the goal of Triad is to destroy the other worlds to bring her sister back to life, she must go on a mission- righting Triad's wrongs and stopping their sabotage. Along the way, she has to deal with death, destruction, and the idea that she might be fighting something that might be too big to stop.

I enjoyed reading this book very much. I think it was a fitting ending to the series and a great, suspenseful read overall. The descriptions of the different worlds and the idea of fate was very interesting to read about. I also liked the story, and it made me think about the multiverse theory and its implications. People who have read the previous books and other books by Claudia Gray would enjoy this book, but it wouldn't make much sense without reading the previous books in the series. Overall, I would definitely recommend it to people who enjoy science fiction and are interested in the idea of different universes and realities.

Posted by Teen Speak at 5:43 PM No comments: