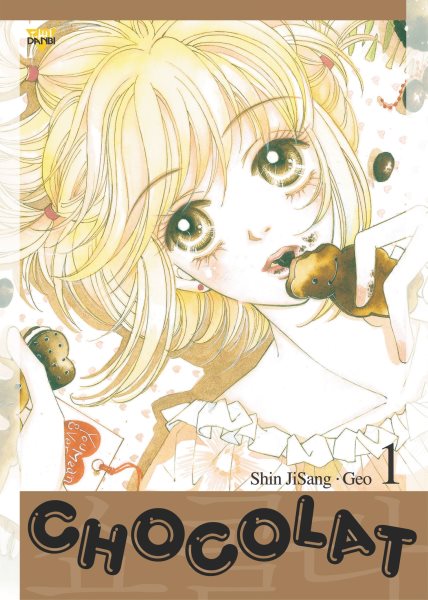 High-schooler Kum-ji is obsessed with the boy band DDL, and wishes to join her school's fan club so she can be closer to her idols. The only problem is that the fan club is no longer accepting new members. Believing that she will not have a chance to see DDL otherwise, Kum-ji joins the fan club for the newly debued band, Yo-I. Things go as planned until E-Soh, the lead singer of Yo-I, sees through her ruse.

To be honest, I wanted to like Chocolat, by  Shin JiSang, but I just can't say anything good about it.

To start off, there are a lot of surface mistakes. There must have been some issues with translating, because there are quite a few issues with the grammar. None that would make the text unreadable, but it does tarnish the over-all experience. I mean, even the title seems to be misspelled. Other than that, there are some issues with anatomical correctness with the art. The style isn't very refined, and characters tend to look broken when not front-facing.

The real problem one may have with Chocolat is the story. The premiss just doesn't make much sense at all. Kum-Ji joins a rival band's fan club to be closer to DDL? It's sort of understandable since the two bands often perform close to each other, but why does she need to join a club for that? The book makes it seem like being apart of a fan club is essential in attending a concert.

Reviewed by Matty, Grade 12
Montrose Library
Posted by Teen Speak at 9:57 AM No comments: