Middlesex, by Jeffrey Eugenides, is a fictional novel that is told from the point of view of Calliope Stephanides, who is a hermaphrodite and until the age of 14 was raised as a girl. She runs away from home at this age just as she is about to receive an operation, and from then on identifies herself as a male (looking much like one as well). To describe her condition, Callie- later called Cal- has to bring forth her origins, starting with that of her grandparents in Greece. Through the lives of the family members that came before her/him, Callie gives a comprehensive story- one that leads to her present condition.
One of the most intriguing aspects of Eugenides’ novel is that it oscillates between the present Cal and his/her past. The story begins far back with her grandparents who fled Greece when the Turks invaded the town and massacred Greek and Armenian Christians in the village of Smyrna. Cal tells of her grandparents new home in Michigan and later of her parents as their children and finally Cal describes her own life from the time of her birth. I enjoyed the detailed background Eugenides gave for each character in the story because I could clearly identify them and their feelings. It was much easier to connect with the characters, to understand them and to understand Cal because of how comprehensive the narrative was. I loved this book very much and would recommend it to high school level students and older.

Reviewed by Nelli, grade 11
Pacific Park Library
Posted by Teen Speak at 10:09 AM No comments:

On the Come Up, by Hannah Weyer 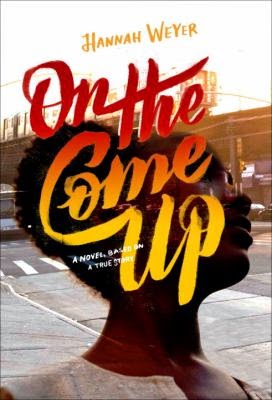 AnnMarie Walker is a 14 year old girl who gets pregnant in the book On the Come Up, by Hannah Weyer . She's in love with Darius, the baby's father. She listens to him even when he's in his worst moods. Towards the end of her pregnancy, she auditions for a role in a movie. She lands the spot and begins her little career of stardom. Soon after the movie's release, she goes back to being a mother and taking care of hers, along with questioning her sexuality, meeting new people, and falling in love with the right person.
This book is wow. The writing style is totally different from any other book I've read and it feels good, quite refreshing as well. It's also based on a true story, but it's also fictional, so all I could imagine were the characters being real and half of it actually happening. It's quite inspiring as well, even though AnnMarie faced some troubles in her life, she was still able to take care of herself and the one's she loved, and stepping up to not care about what others thought of her. It made me want to get up and do something good with my life. I loved it and hope a lot of people give it a go.
Reviewed by Anahit T., grade 12
Glendale Central Library
Posted by Teen Speak at 10:24 AM No comments: 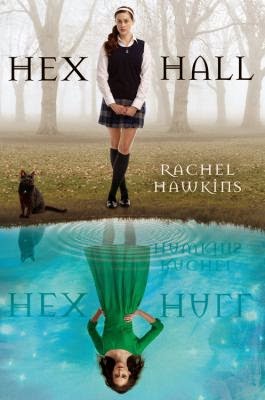 In Hex Hall, by Rachel Hawkins, Sophie Mercer has just discovered that she is a witch. After a spell goes wrong she gets sent to Hex Hall, a reform school, where she meets her own set of problems. She falls in love with a handsome warlock, makes three enemies, and has a ghost "friend". Will Sophie be able to survive when students start getting killed?

This fast read is a great book that has a romance and other worldly feel. Sophie is down to Earth and fails which makes her all that much more relatable. People who enjoy a romantic comedy mixed with mystery will fall head over heels for this book. As a book one of a series it makes a great introduction to the world of Hex Hall.

Reviewed by Jackie, grade 9
Montrose Crescenta Library
Posted by Teen Speak at 10:10 AM No comments: 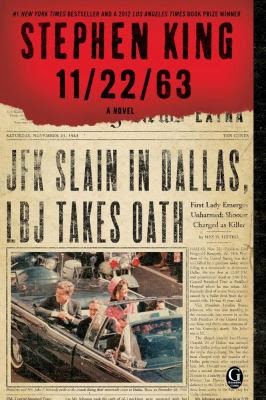 In Stephen King's book 11/22/63, Jake Epping travels back in time. When his friend, Al Templeton, suggests he use his ability to travel back in time to save President John Kennedy, Jake decides to do it. But, sadly for Jake, time does not want to be changed and it creates obstacles that Jake must solve ad learn from after each visit to the past. Even with his knowledge of how the future will play out Jake can never be certain that he is making the right decision because life turns on a dime. He never knows the consequences of his actions.

This is one of the best books I have ever read. This novel plays by its own rules, which can change at any point. The reader learns along with Jake and discovers his flaws and misinformation about the past and present and the same time. I thoroughly enjoyed this book and would recommend it to people who enjoy a fascinating thriller that makes up its own definition of time travel.

Reviewed by Jackie, grade 9
Montrose Crescenta Branch
Posted by Teen Speak at 10:06 AM No comments: 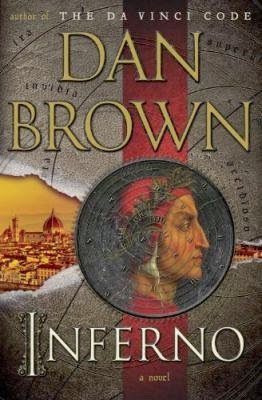 In Inferno, by Dan Brown, Robert Langdon is back and this time in Italy in the 4th installment of the Robert Langdon series. He awakes in a hospital with no recollection of the past 36 hours, and is in possession of a series of codes. He is on the run from dangerous people as he dives head first into the world of Dante's Inferno on a quest to save himself and the world.

With adventure at every turn, mixed with history and codes, Inferno is the perfect novel to get caught up in! The reader is kept guessing until the very end and everything is revealed. Although it may seem like a long book. it is a fast read because of its fast paced nature. I would recommend it to anyone who enjoys a fast paced thriller.

Reviewed by Jackie, grade 9
Montrose Crescenta Library
Posted by Teen Speak at 10:04 AM No comments: