And Then There Were None, by Agatha Christie 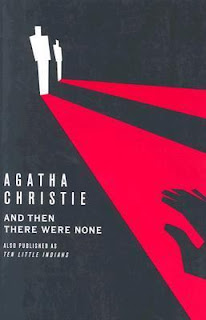 And Then There Was None is a story written by Agatha Christie and is a mysterious book about ten people who are all guests on a private island off the coast of Devon, which is in India. This island isn't like an ordinary one; it is very mysterious and quiet and seems very spooky. Their host, an unknown millionaire to them all, is nowhere to be found. All they hear is his voice who reveals each and every one of the guests' secrets. All the guests have a weird past that they're willing to reveal. Each of them has been marked for murder, and each one of them has been revealed. Slowly each one suffers and dies before the weekend is over. It turns out to be this isn't an ordinary island; it's an island that is looking for "revenge." This book is a very exciting book to read full of mysterious moments. I really enjoyed reading this book, and each chapter was better than the other. It keeps you very busy and excited about each upcoming chapter. I would recommend this book to any reader, especially to those who like mystery books. I personally enjoyed reading this book and I highly recommend it.

From a very young age, I was exposed to the horrible event that tainted the early 20th century, the Armenian Genocide. However, I never fully got a true sense of the tragedy until I read Forgotten Fire by Adam Bagdasarian. This novel, which follows the story of a young Vahan Kenderian, exposes all the gruesome and livid details victims had to endure during incredulously hard, deplorable times. Vahan is a young Armenian boy living in Turkey surrounded by luxury due to his father's successful career who's life is turned upside down as April 24, 1915 approaches. All of his loving family members start dropping like flies and he is left all alone to fend for himself. Within minutes of witnessing the murders of his siblings, Vahan loses all of his innocence and struggles to grasp the reality of the wicked world around him. Bagdasarian does a magnificent job at relating to the reader the troubles young Vahan faces through a fictional story set in a historical context.

I strongly recommend Forgotten Fire to anyone seeking to find out more about the Armenian Genocide and hear the story of a victim that undergoes inhumane, deplorable conditions in life. It is not the easiest book to read due to the gruesome, vivid imagery and extremely tragic context. The novel gives readers a sense of human suffering, as well as many, many tears. Nevertheless, it is a wonderful book to read as both a story and a historical account of one of humanity's tragic events. 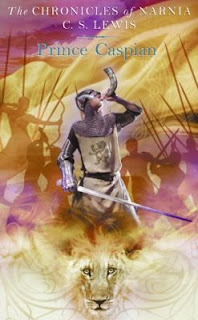 In Prince Caspian by C.S. Lewis, once again the four Pevensie children return to Narnia after a whole year. They feel as though they've spent a lifetime in Narnia but when they come back to our world it has only been a day. The children miss being in Narnia because their lives there were so comfortable as Kings and Queens. They are drawn back into Narnia when Prince Caspian, a prince who is aware of the old Narnia, blows Susan's horn for help. Miraz, the King of Telmarines, the uncle of Caspian has taken over Narnia and has turned it into a non-magical world. Miraz is attempting to kill Caspian because he now has his own son and Miraz wants his own son to rule Narnia. When the Pevensies return to Narnia they are first confused and meet a dwarf named Trumpkin. The siblings realize that it's been centuries that has passed since they were Kings and Queens while it has only been a year in their world. Narnia isn't the place they remember it to be anymore. The talking animals are hidden, Aslan is gone, and evil is once again ruling Narnia. Prince Caspian and the Pevensies eventually meet and the old Kings and Queens of Narnia help the young prince. Susan and Lucy go to look for Aslan while Peter and Edmund help Caspian prepare for battle. Narnia is again in war mode; who will be the true King of Narnia now?

I recommend this book to those who have read the beginning of the series of The Chronicles of Narnia. It is another exciting story full of adventure and action. People who love adventure and the work of C.S. Lewis must read this book. I give this book a 5 out of 5 and recommend you to read the whole series.

Posted by Teen Speak at 9:37 AM No comments: