The Cask of Amontillado, by Edgar Allan Poe 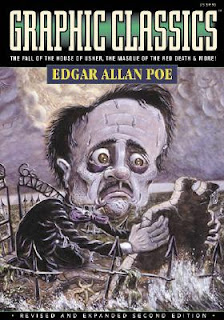 In "The Cask of Amontillado" by Edgar Allan Poe, the narrator takes revenge on an old colleague, Fortunato, who has betrayed him. The plot, characterization, and setting are what makes the story as creepy and chilling as it is. Set in a dark place underground the Montressor's house, with dark details and a cunning way of tricking Fortunato, this short story shows just how extreme some people can get when it comes to getting their revenge. This was my favorite short story I have read because of how cleverly put together and well thought it was. I enjoyed every sentence of the story and I wished that it could be expanded somehow into a novel or made into a movie. My favorite part was how Fortunato screamed for help and mercy as the Montressor casually walled him in and enjoyed the sound of his screams, then cries, then the silence. I would recommend anybody who is a fan of Poe to read this short story because it portrays some of the greatest work Poe has ever done.

[Librarian's note: this short story can be found in several formats in the Library, including The Pit and the Pendulum and Other Stories (an annotated, illustrated edition), Tales of Terror (on audiobook), and Edgar Allan Poe: Graphic Classics (adapted in graphic novel form).]

.
Posted by Cheryl, Teen Services Librarian at 11:40 AM No comments: 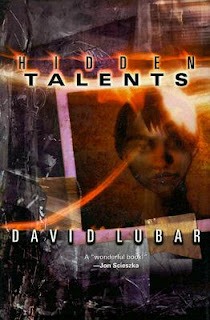 In Hidden Talents by David Lubar, Martin Anderson and his friends don't like being called losers. But they've been called that for so long even they start to believe it. Until Martin makes an incredible discovery: each of his friends has a special hidden talent. Edgeview Alternative School was supposed to be the end of the road. But for Martin and his friends, it might just be a new beginning. I felt this book told me that whenever we start something new or start fresh we should always consider the past because that's what always counts. But here they were bullied, moved schools, and then started fresh. My point of view is everyone is different.

Posted by Cheryl, Teen Services Librarian at 11:32 AM 1 comment: