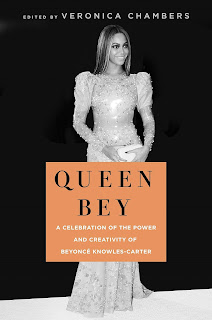 The book was about how successful and famous Beyoncè has become over the years. It explained what her successes were for example how she has released so many albums that you can't keep count of, was crowned as a winner at the Grammy awards 22 times. It also said that one of her best performances was at Coachella in 2018. Her performance was shocking to the world. The most amazing thing is that she is not even forthy yet, but is already one of the most wealthy and successful artists out there.

The book "Queen Bey" by Veronica Chambers was probably one of my favorite books I have ever read. I am a huge fan of Beyoncé and reading people's biography. She is also a person to look forward to. She is a very successful artist that has reached life's pinnacles at a young age. Veronica Chambers is a great author who explained every bit of Beyoncé's life in a significant way. I am really looking forward to reading her current and future books.