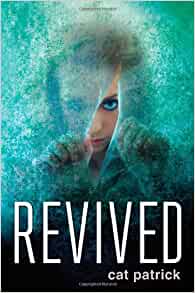 At a young age, Daisy fell victim to a bus accident, in which she was then given a second opportunity to live. A drug referred to as ‘Revive’ had saved her and several others. However, this wasn’t ordinary to the real world and the drug had not yet been disclosed to the public. Ever since the accident, she has been revived four more times. Daisy, along with the others revived, has been a crucial variable throughout the research of the drug. Moreover, after every revival, families must move and alter their names. Unlike most teenagers, this did not have an acute effect on Daisy at all. This was mainly because she had never been part of a true friendship at school whom she had an emotional connection with. That is until she arrived at Omaha. There she met two siblings Audrey and Matt, who soon became her best friend and boyfriend. After this, she finds herself in a complex situation in which she must find a solution.

I strongly recommend any reader who has experienced numerous twists while reading. Revived is nothing like you could predict, the twists are out of the ordinary and open your eyes to a new and far more interesting view on life and your surroundings. Author Cat Patrick beautifully emphasizes the meaning of friendship along with the risks you choose to take despite all the hardships. Ultimately, Revived is truly an amazing book that deserves more recognition from the public.